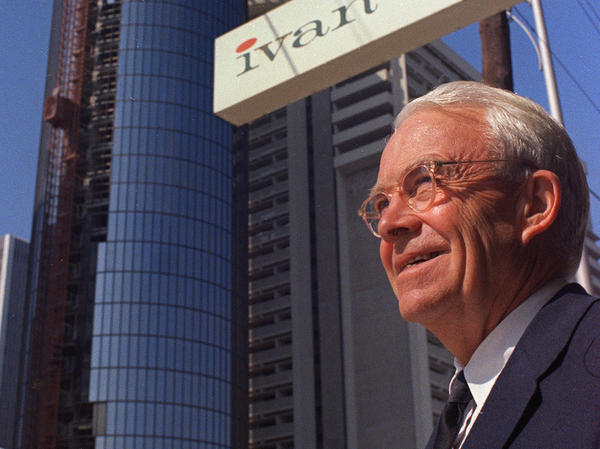 A new documentary takes a look at the life of a former Atlanta mayor. Fifty years ago, he gained national standing as a man of courage.

Ivan Allen Jr. was the only elected leader from the South to testify in Congress for the integration of all places of business.

It was one of Mayor Allen’s moments of truth. His dedication to doing the right thing changed Atlanta’s trajectory from a sleepy Southern town to the bustling economic center of the Southeast.

The documentary’s most valuable attribute is that it shows a multi-dimensional portrait of Mayor Allen ─ his qualities and his missteps.

The documentary gains credibility by not romanticizing the past.

It must be a fluke in history that, at this moment in time, three documentaries are being made about three defining Atlanta mayors ─ Mayor Allen, Mayor Andrew Young and Mayor Maynard Jackson.

Although each mayor had his flaws, they each played a significant role in Atlanta’s evolution.

The Allen documentary was recently screened at the Atlanta History Center, and it showed how he evolved from a Buckhead social setting into the center of race relations in the South. Fortunately for Atlanta, most of his instincts were good.

But he made mistakes. He put up a barricade separating black and white communities. And he tore down blocks of slums and moved the poor to public housing projects ─ areas that soon turned into slums.

As Mayor Allen once told me after he had left office, “We thought we were doing the right thing.”

In looking back over the life of Mayor Allen, three thoughts come to mind ─ he cared deeply for Atlanta, he tried to do the right thing and he had a warm heart.

Not bad traits for a leader to have.