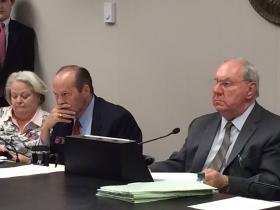 Plans to privatize the state’s foster care system took another step forward Tuesday after a Georgia House committee unanimously approved a substitute bill to an earlier version that passed the Senate.As heard on the radio.

The senate last month passed a bill that would model Georgia’s child welfare system after Florida’s by turning over foster care, adoption and case management services from the state to private companies through a competitive bidding process. The system would be broken down into 15 districts, each with a designated lead agency that oversees services.

“I’m concerned if we make a complete change without the opportunity to do a full evaluation of it, we may be, as I’ve heard from Florida, who went through this, create the same potential problems in our own state,” said Rep. Wendell Willard (R-Sandy Springs), who chairs the committee that passed the bill.

The bill’s critics say Florida’s privatization cost the state more money without improving outcomes for foster children. They also say the bill say doesn’t do enough to address child protective services, which are run through the Georgia Division of Family and Children Services, or DFCS.

Under the bill, DFCS would continue to investigate abuse and neglect cases.

The bill now moves to the full House.