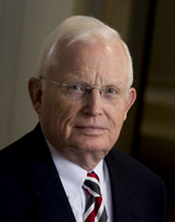 The Georgia chapter of government watchdog group Common Cause is grappling with turmoil within its own ranks. A third of the board has either resigned or been removed.

The dispute is over whether the state group can remain nonpartisan in the wake of new marching orders passed down by its national leaders.

Until this past month, Terry Taylor was board vice chair of the Georgia chapter. The group’s focus, Taylor said, had always been on good-governance issues like reforming the state ethics commission and advocating for greater transparency.

“We went after Republican and Democratic situations alike,” Taylor said. “But today I can’t say that will happen as it has. It’s definitely a left-leaning bias now.”

Taylor, a Democrat, was removed by the national board because he refused to sign on to a recent change. The board added “economic, social, and environmental justice” to its mission statement.

“We were focused on good government and [the Common Cause national board] was taking us far down a different path,” Taylor said.

Among those who resigned or were removed, two are Republicans. Another is an independent. All four signed a protest letter that can be found here. Only one Republican is now left on the 12-member board.

Emmet Bondurant, an influential Georgia attorney who sits on Common Cause’s national board and is a former state chapter chair, said any recent shift in direction only aims to clarify the organization’s historic mission: to counter the influence of moneyed special interests.

“The argument that you’re left-leaning is only because the Right has moved so far to the Right.”

Bondurant, a Democrat, says historically bipartisan issues like campaign finance reform have become far too polarized. He isn’t worried that the state chapter may sever relationships by taking stronger positions on certain issues.

“In an effort to be bipartisan, Republican former representatives were elected to the board in the hope that we would be able to work with the Legislature. That has proven not to be effective,” said Bondurant.

He said Common Cause chapters should be more active about issues like income inequality and referred to those who deny climate change as part of the “flat-earth society.”

“Common Cause Georgia is going to be nonpartisan,” said Bondurant. “If there are Republicans who support issues that are important to Common Cause then they will certainly be eligible for membership on the board, but finding a Republican in the current environment who will support campaign finance reform, for example, is a bit difficult.”

Taylor, for his part, said he and his fellow board members have no problem with campaign finance reform. But he expects the state chapter to go much further, pushing more traditionally Democratic issues like raising the minimum wage and addressing climate change – issues, Taylor argues, distract from the chapter’s core mission.