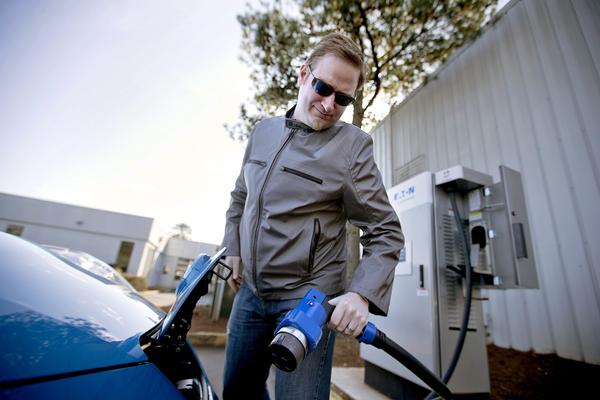 Electric vehicles are about to get more expensive in Georgia. The state’s $5,000 tax credit for buying an electric car is expiring at the end of this month and a $200 fee is being phased in.

The changes both come out of this year’s legislative session, when lawmakers decided to get rid of the popular tax credit. The idea behind the fee is to make up for the fact that electric car drivers don’t pay the gas taxes that help fund road repairs.

The tax credit had helped make Georgia one of the states with the most electric vehicles. The cars, with their new battery technology, are more expensive than cars that run on gas. The state tax credit, on top of a federal one, brought the electric cars’ price closer to that of gasoline-powered vehicles.

But AAA spokesman Garrett Townsend said there are benefits beyond never having to go to the gas station, and the cars could still pay for themselves.

“The vehicles are very low maintenance,” Townsend said. “You don’t have oil changes; you don’t have the standard braking system.”

And, for many, there’s the environmental factor of cutting down on emissions.

The last day to buy a car and still be eligible for the Georgia credit is Tuesday. No matter when they’re purchased, the cars will be subjected to the new fee – though the EV Club of the South, an association for people interested in electric vehicles, has said it is considering a lawsuit to stop the fee.

The $7,500 federal tax credit for electric vehicles is still in place.