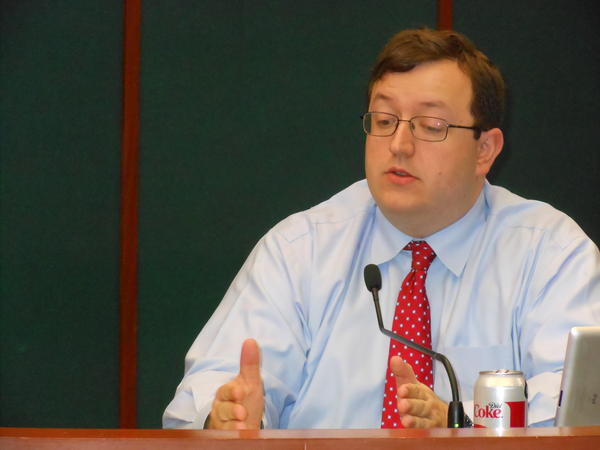 With the clock ticking on this year’s legislative session, Georgia’s “religious liberty” bill remains alive, despite concerns that it may open the door to discrimination against gays and lesbians.

A House Judiciary subcommittee held its first hearing on the controversial bill Tuesday. Dozens packed into a small committee room, and dozens more waited outside for a chance to weigh in.

After nearly three hours of testimony, Chairman Wendell Willard, R-Sandy Springs, said the panel would meet again Wednesday and decide whether to send the bill to the full Judiciary Committee. If it attracts support, the full House could consider the bill as early as Tuesday, the second to last day of this year’s legislative session. The Senate already approved the bill earlier this month.

At the subcommittee meeting, supporters said Georgia needs to better protect religious expression in government and school settings. They cited cases that, according to them, provide clear evidence of government overreach.

Sen. Josh McKoon, R-Columbus, responded to critics who argue his bill is a thinly veiled attempt to discriminate against gays and lesbians on religious grounds.

“Senate Bill 129, like the federal counterpart, does not provide any new rights to people of faith to refuse service to any person,” McKoon said.

He testified the law is already in effect on the federal level and in more than 30 states.

“There’s not a case cited in any of the jurisdictions … where a court held that the Religious Freedom Restoration Act language shielded a discriminatory act,” McKoon said. “There’s simply no evidence of that occurring anywhere.”

Speaking on behalf of the advocacy group Georgia Equality, former Georgia Attorney General Mike Bowers conceded he didn’t know of any cases where similar legislation was used to discriminate against gays and lesbians, but he maintained the bill opened the door to abuse.

“It will give the opportunity to exclude in the name of religion and I think that’s a disaster,” Bowers said. “I think that is an unmitigated disaster for this state.”

In addition to concern about gays and lesbians, Bowers warned the legislation could be used to deny vaccinations or keep students out of certain public school classes.

As recently as last week, House Speaker David Ralston expressed concern about its unintended consequences. He said he wants to be sure Georgia remains open and inclusive.

Only one business group spoke out against the bill at Tuesday’s hearing. A representative of the Georgia Hotel and Lodging Association warned of its effect on the state’s convention industry.

“We’re very concerned about legislation that creates a perception that Georgia allows discrimination,” GHLA’s Ron Tarson said. “We believe this legislation is unnecessary and sufficient protections are already in place.”

As a possible hint of what’s next for the bill, former House Minority Whip Ed Lindsey, who unsuccessfully ran for Congress last year, testified at the hearing and suggested several amendments aimed at tightening its language.

“Not everyone who goes to court goes to court for good reasons, and there ought to be sanctions for someone who uses this new law for frivolous or fraudulent reasons,” Lindsey said.

Subcommittee members will be able to make changes to the bill Wednesday.