Former Secretary of State and former New York Senator Hillary Clinton, who just announced her second bid for the White House, is not the first woman to run for President of the United States. 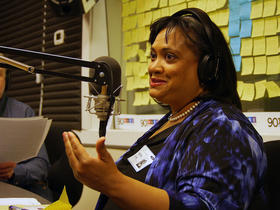 The League of Women Voters knows that fact firsthand. They have played a key role over the years, both in securing women’s right to vote, and encouraging women of all political stripes to run for public office.

Karlise Grier is Vice President of Voter Services for the League of Women Voters of Atlanta-Fulton County.  The League monitors Georgia legislation and issues weekly reports during the legislative session.

Grier discussed a number of issues with Rose Scott and Denis O’Hayer on “A Closer Look,” including the impact of curbing early voting in Georgia.