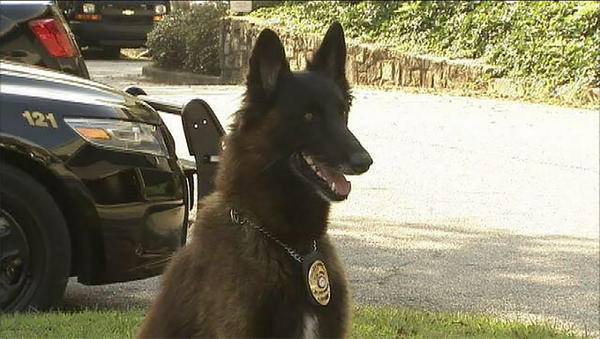 Brookhaven Police are crediting one of the department’s canine officers for finding a woman’s family heirloom that was lost during the city’s Cherry Blossom Festival.

Officer Carlos Nino said in a statement that the police dog, Grizz, helped a woman find a silver bracelet that had gone missing Sunday morning.

Nino says an officer had the dog track the woman’s scent to the area where the bracelet may have been lost. Nino says after a few minutes, the dog alerted officers to the missing bracelet, which had been in the woman’s family for generations.

Nino says dogs’ sense of smell is about 10,000 times more accurate than humans and police dogs can search areas about four times faster than humans can.