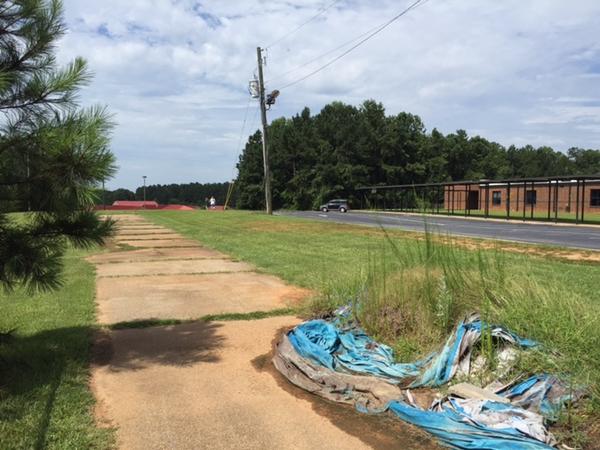 Sixth-grader Kellan Powell walks outside in his backyard in Fayetteville, where he gathers pieces of quartz.

His backyard, which is lined with trees, is where he does his own science explorations – listening to cicadas, picking up beetles and finding iron-filled pieces of rock. 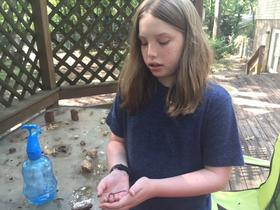 He said science is his favorite subject, but at school he doesn’t get do to anything that’s hands-on. He said it’s taught from a computer.

“I also don’t get science labs like where I can do little experiments,” he said.

Kellan, 11, goes to a school called Mainstay in Fayette County, which is part of the state’s network of special education programs for students with emotional and behavioral disabilities.

Kellan, who was diagnosed with autism spectrum disorder, said for the most part, he likes his teachers at his school, but wishes there was more.

In a letter to Gov. Nathan Deal this month, the Department of Justice said these programs are in violation of the Americans with Disabilities Act. The letter said Georgia is unnecessarily keeping students apart from their peers, and that the programs for students with disabilities are often inferior and lack extracurricular activities.

Kellan was placed into the program at Mainstay about three years ago, after he had outbursts at his other school, Powell said.

Mainstay is part of the Georgia Network for Educational and Therapeutic Support (GNETS), a special education program that serves about 5,000 kids across the state.

Because the program is separate from general education students, Kellan’s mother said it feels isolating.

The Department of Justice has called it segregation.

“These kids aren’t getting access to the good things that other kids are getting, and they need them,” said Leslie Lipson, program director at the Georgia Advocacy Office, a nonprofit for people with disabilities.

“We have been in contact with the Department of Justice since receiving the letter, but we have not responded formally in writing. For the time being, we do not intend to comment further on this matter.”

In the investigation, the Department of Justice found issues were “systemic” throughout the state, having visited the programs in both rural and urban areas.

The letter said segregation can lead to stigma and deprive people “essential opportunities to learn and to develop skills enabling them to effectively engage with their peers in ways that teach them to participate in mainstream society as they mature into adulthood.” 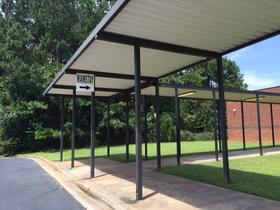 At Kellan’s school in Fayette, the program for students is at an old middle school. The school doesn’t have a playground. There isn’t recess. There’s a baseball field at the school, but it’s closed off and unkempt with overgrown weeds.

His mom said she’s worried about her son going to college.

Powell said she hopes the Department of Justice’s letter and its findings will lead to more opportunities for Kellan.

If the state of Georgia doesn’t make the necessary changes to the GNETS programs, the Department of Justice said it could take the state to court pursuant to the Americans with Disabilities Act.