Brothers Collin and Sean Lynch are both making that kind of transition this year. Collin will start kindergarten in Fulton County. He has an idea of what’s ahead.

“I bet kindergarten’s not going to have that much painting,” he says.

He’ll also take the bus for the first time. His mom, Melissa Lynch, says it’s a transition for her too.

“I’m sure that bus stop in the morning, I’ll have no kids at home,” she says. “So, I don’t know if I’ll be crying or jumping with joy. I think it will be both maybe.”

Collin’s brother, Sean, will move to the sixth grade. He expects it to be a lot different from elementary school.

“There’s no lockers and not as many classes to go to,” he says. “[There are] a lot more teachers in middle school.”

He says there are a lot more students, too.

Sean is looking forward to the change, but that’s not the case for every child.

“There are some kids who are going to a completely different school, and they don’t know other people. And because social life becomes more important in middle school, that’s a stressor,” says Dr. Noriel Lim, an associate professor at the child and adolescent program at Emory School of Medicine.Hear Kate and Mack Richardson's story.

In another part of the Atlanta area, siblings Mack and Kate Richardson are also about to make big transitions this year. Kate is moving up to sixth grade at Henderson Middle School in DeKalb County.

“I’m just sort of nervous about how much work we’re going to get,” she says. “Maybe it’s going to be a lot bigger than elementary school. I like to do a lot during the week, so I’ll just have to see how much time I have.”

Her brother Mack is transferring to Henderson from a magnet program. He’ll be in seventh grade. 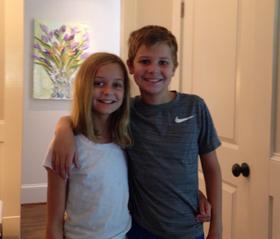 “I’m sort of nervous about what my teachers will be like and what my classes will be like, but that’s really it,” he says.

Both kids seem more excited than nervous. Sure, there are some unknowns, but a lot of their friends will be there. They’ve taken a tour. They feel prepared.

Their mom, Reed Richardson, says they’re lacking in one area.

“I’m making them learn cursive, because they can’t write cursive,” she says.

Other than that, she says they’re ready to move on.

Dr. Lim says it’s important for parents to remember that transitions can have a positive effect.

“Kids can learn new skills or cope with situations with new strategies, and learn that they can do it, so it can increase self-esteem,” he says.

“I’m excited to start over, kind of, and get a new school and move on,” she says. “But, I’m a little nervous just because of grades, and new people, I guess.”

Gabby has some idea of what to expect. She played for the high school volleyball team last year, and a lot of her friends are going to the same school.

Her mom, Danielle Goselin, is nervous about Gabby’s schedule. She has volleyball practice every day until 6:30 p.m. and games twice a week. 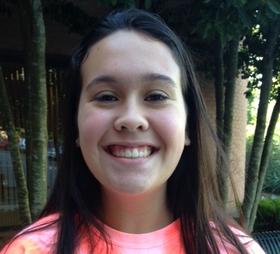 “So, there will be some nights where she won’t get home until 8:30, 9,” Danielle Goselin says. “So, I’m trying to figure out how homework is going to go and get done. She’ll get it done; I’m not worried about that. It’ll just be a big adjustment.”

Lim advises parents to give children time to adjust. He says intervening could send the message to the child that she or he can’t succeed on her own.