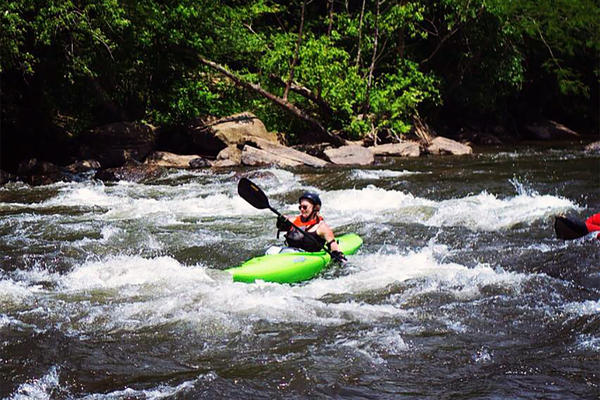 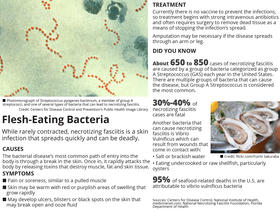 Resilience and perseverance helped Aimee Copeland find a new normal after surviving an extreme case of flesh-eating bacteria that took her hands, feet and one leg following a zip lining accident in 2012.

Copeland is a 27-year-old metro Atlanta woman, working on her second master’s degree, who not only survived a life-threatening bout with necrotizing fasciitis, but overcame the odds, eventually walking again with the help of customized prosthetics.

Now she’s helping others who find themselves in a similar situation, coping with the loss of arms or legs, especially those who survive flesh-eating bacteria, she explained during an interview on “A Closer Look.”

Read more >> Flesh-Eating Bacteria: The Facts You Need To Know

In a pair of unusual cases in Georgia, a Gwinnett County woman and another in Hall County contracted the dreaded flesh-eating bacteria recently. Both are hospitalized, but it’s still unclear how either woman got the disease.

After her ordeal with the bacteria, Copeland said she’s never surprised to hear about new cases.

“But my heart definitely went out to the women.”

Copeland said she’s been able to meet with one of the women and her dad has also met with a victim from another family.

“It’s always shocking to hear, but I’m always glad to be of assistance and be a resource for people who are experiencing it,” Copeland said.

Necrotizing fasciitis, known as flesh-eating bacteria, is fairly common in warm, stagnant bodies of water, but people rarely catch it, unless they happen to swim with a deep open wound, according to medical experts. 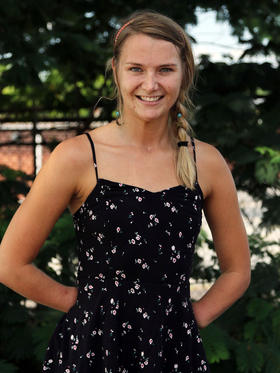 In Copeland’s case, she fell into a creek, cutting her leg open to the bone when the zip line she was riding on broke. The flesh-eating bacteria entered her body through the cut and it was not discovered for several days. By then it was almost too late. Copeland not only lost most of her limbs, she almost lost her life, too.

“It does seem like it was just yesterday,” Copeland mused, although the accident was more than three years ago now.

The energetic Copeland says she remembers everything leading up to the accident very clearly.

“The days and hours that followed were a little blurry. Most of that I just know from being told by other people.”

Copeland spent months in the hospital, recovering from the illness. She eventually went home and learned to live again. She has been trying out different prosthetics in the years since and has discovered her life has a deeper meaning now than before the loss of her limbs.

Copeland credits the social support she received from family and friends in helping her rebuild her life post illness.

She also says there are two big lessons she’s learned during her battle: “The power of perseverance, the power of having a will, where there’s a will there’s a way.” These are the words that ring true for Copeland and the message she uses to inspire others.