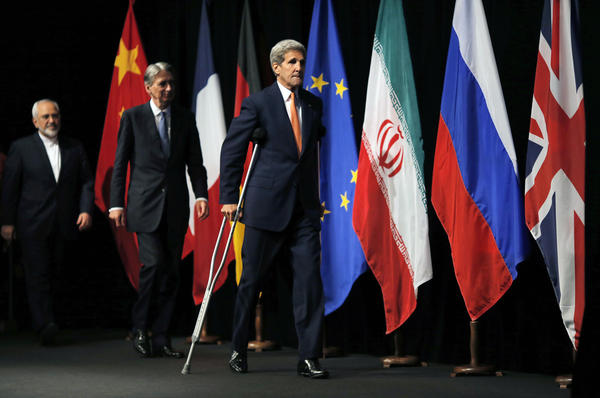 The United States and five other countries reached an historic agreement with Iran over its nuclear program last week after months of negotiations.

The deal includes restrictions on Iran’s nuclear program and requires regular inspections. In exchange, world powers will drop some of the toughest sanctions against Iran.

“It’s a good deal for Iran, for Russia, China and probably Hezbollah, but is it not, definitely not a good deal for Israel or for the United States or our allies – especially Jordan and Saudi Arabia,” Scott said during an interview on ‘A Closer Look.”

“Under this agreement … it allows for Iran to get a nuclear bomb. In essence it sort of permits it too, within the agreement, without Iran having to cheat at all.”

Scott said when nuclear negotiations with Iran first started, all the nations involved – including the United Nations and NATO – agreed that under no circumstances would Iran acquire a nuclear weapon or the capacity to build one.

“This agreement allows them to do that,” Scott said

Scott discussed the controversial Iran nuclear deal and more during an interview on “A Closer Look.”

WABE’s Martha Dalton and Denis O’Hayer contributed to this report.