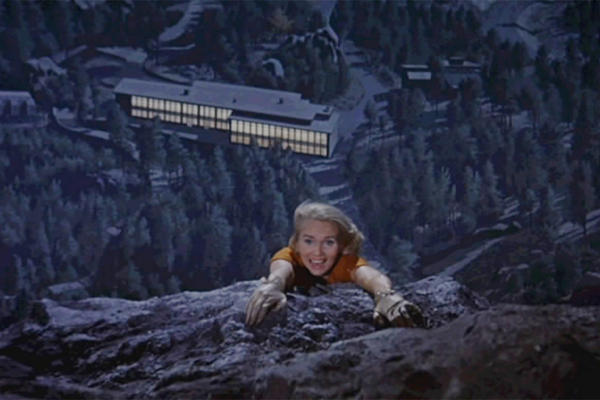 Ever watch a movie and get so caught up in it that the world seems to melt away? New research from Georgia Tech is taking a look at what’s going on in our brains when that happens.

“In many ways, we process films similar to how we process other things in our environment,” said Bezdek, who wanted to see what the subjects’ brains would do as suspense built.

A flashing checkerboard pattern played on the edge of the movie screen in the study participants’ peripheral vision as they watched scenes from movies like “North by Northwest,” “Alien” and “License to Kill.”

It wasn’t only the visual parts of people’s brains that zoomed in on the action. Attention also seemed to change.

Bezdek is also studying how those suspenseful moments affect memory.

Daniel Drane, a neuroscientist at Emory who wasn’t involved in the study, said the study could be helpful for surgical applications, too. He uses neuroimaging to plan for epilepsy and tumor surgery.

“I thought it was a good use of showing how neuroimaging technology could be combined with a theory of brain function,” he said. “The more we know about these circuits, the better job we can do to protect them when someone’s having surgery.”

Bezdek’s paper was published in the journal, Neuroscience.