The old Doraville GM Assembly Plant has sat empty for more than 6 years now, but there are new plans to turn the 165-acre industrial site into a mixed use development.

The sleek new Oldsmobile, with its shiny black body, glinting chrome bumpers and fixtures, and stark whitewall tires rolled off the assembly line at the General Motors Assembly Plant in Doraville, Georgia.

The year was 1947 and the Oldsmobile was the first automobile built at the plant. 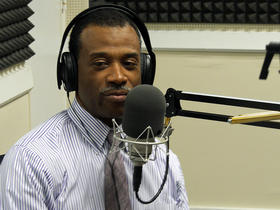 The now empty facility, located on 165 acres off Interstate 285 along the Atlanta Perimeter, produced millions of vehicles throughout the next five decades, but by 2008 the U.S. economy was spiraling into a recession and GM shuttered its Doraville facility as part of a major cost-cutting effort.

Now, it’s a new day for the old Doraville facility.

The plant was sold in 2014 for $50 million and the Atlanta-based The Integral Group is heading up the new redevelopment project.

Rose Scott and Denis O’Hayer talked with Eric Pinckney, an executive with the Integral Group, about the project and what’s in store for the area on “A Closer Look.”