(*and gives it two opposable thumbs up!)

One of the more popular summer flicks this year is Dawn of the Planet of the Apes. Of course, the plot’s pretty simple: A band of apes and a band of humans with a history of conflict must compete over the same resources, which pushes them the brink of war. (Aaaand, sequel!)

But, wait. There are lessons here. At least that’s the idea behind the latest episode of the Emory University web-series “Emory Looks at Hollywood.”

The episode turned to Emory professor and conflict resolution specialist Shawn Ramirez, to get her take on what we could learn from the latest Apes.

Now we do the same. Turns out there’s a thing or two to think about here—beyond “Pass the popcorn.”

Ramirez adds, of course, that comparisons between real-life world conflicts and summer blockbusters can 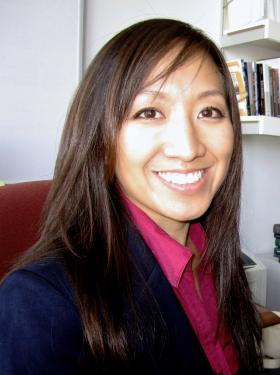 only go so far—but she also says that the themes in movies like these are a regular part of debates about crises everywhere.