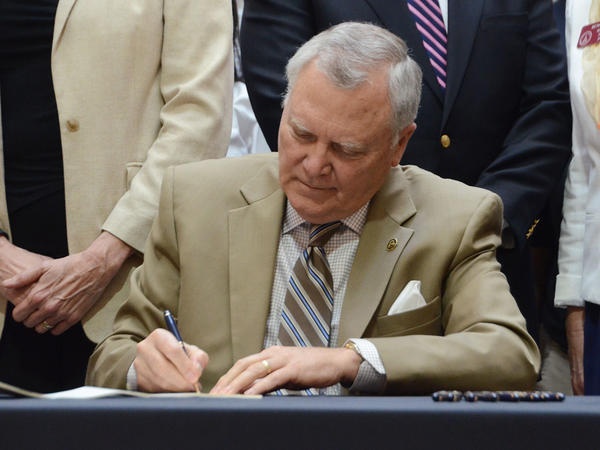 Gov. Nathan Deal signed a bill Tuesday that would let the state step in and help underperforming schools if voters approve the measure in 2016.

“For those who fail and drop out of our schools, they become the fodder for our state prison system, where almost 70 percent of our inmates dropped out of school themselves,” Deal said.

The school’s annual report card would determine eligibility. Test scores would be a major factor, and Deal admitted figuring out how to evaluate schools won’t be easy. 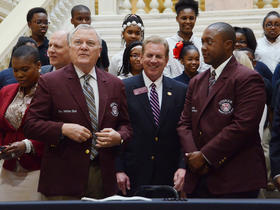 “I know there are parents who, for example, don’t want their kids taking the test that we administer across the state,” he said. “But we have to have some way to measure the growth of a student and, by the same token, we need some way of measuring the effectiveness of a teacher.”

If voters OK the plan next year, it will become part of the state’s constitution.

Deal also signed the Utopian Academy for the Arts Act, which prohibits local authorities from preventing the opening of state-approved schools.