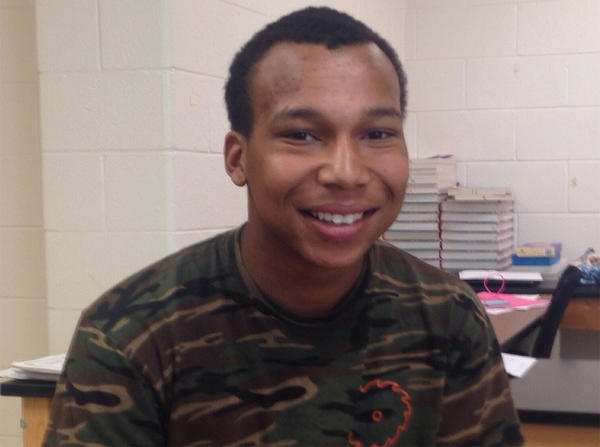 Korey Thomas is a friendly, polite, 18-year-old who recently graduated from Henry County High School with the help of his coach. But three years ago, he wasn’t passing his classes.

“When I got all the speeches about paying attention in ninth grade and all that, I did not pay attention to that,” he says. “I was just goofing off and I messed up in a couple subjects.”

There were distractions—skateboarding, girls, music. He also has diabetes, which caused him to miss class sometimes.

That’s where a teacher named David Harvey came in as Thomas’ graduation coach. Harvey provides personal and academic support for students who are at-risk of dropping out.

Georgia’s graduation coach program, which began in 2006, is one of the early intervention strategies employed by the state to increase the number of graduates. When the state stopped funding the program in 2010, Henry County partnered with the nonprofit Communities and Schools to keep its program.

“I feel like Henry County just felt like that position was something that was needed because if you tried to throw all of that back on counselors, it would’ve made it just about impossible for them to do the things that they’re doing now successfully,” says Harvey. 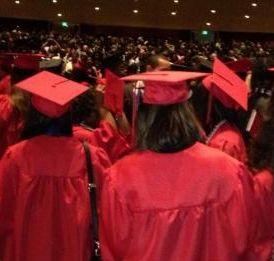 Although it’s hard to credit one program for better graduation rates, state data and other research show the program helped students graduate who may not have otherwise. In Henry County, the rate has steadily improved and is now about seven points higher than the state’s.

For Thomas, the program helped make a cap and gown a part of his future.

Thomas remembers meeting his coach for the first time:

“He was like, ‘My sole job is to make sure you’re on that stage and you graduate,’” Thomas says. “He told me that the first day that I met him, and he’s had the same attitude since.”

Harvey made sure Thomas kept up with his assignments, and he tracked Thomas’ grades.

“I worked with him and worked with his teachers because sometimes that was the issue, where he had to miss and oftentimes wasn’t able to get work made up. I was kind of the go-between so [we] kept him from sliding through the cracks,” Harvey says.

Thomas caught up in his classes and held down a part-time job as a waiter.

Now, he’s going to college in the fall. Thomas says he’ll decide which school to attend this summer.

“If I didn’t have someone like him to keep me on track, I wouldn’t be where I am right now at all,” Thomas says.Hear about Georgia's graduation coach program.

Watch Thomas and Harvey tell their stories below.