One of Georgia’s most notorious air monitoring stations is on top of Fire Station Number 8 in northwest Atlanta. It’s notorious because it consistently ranks among the worst in the state in levels of air pollution.

“Those in EPD who are familiar with air quality issues are very familiar with this monitor,” said Rich McDonald, with the Environmental Protection Division.

What the monitor is measuring is fine particulate matter, or PM 2.5. That’s not a single kind of pollutant, but instead a “hodgepodge of different things from different sources,” explains Paige Tolbert, a professor of environmental health at the Rollins School of Public Health at Emory University.

The particles come from smokestacks on factories, power plants and from dust getting kicked up. A lot come from car and truck tailpipes. And they can have a wide range of effects on people’s health.

“Originally we knew there were respiratory health effects, that was the obvious one,” Tolbert said. “There are also cardiac effects.”

PM 2.5 doesn’t only exacerbate asthma, which makes sense for particles that get sucked into people’s lungs, but it can also lead to strokes and heart attacks. And the particles can affect people differently, depending on age, health and proximity to the source of the pollution. 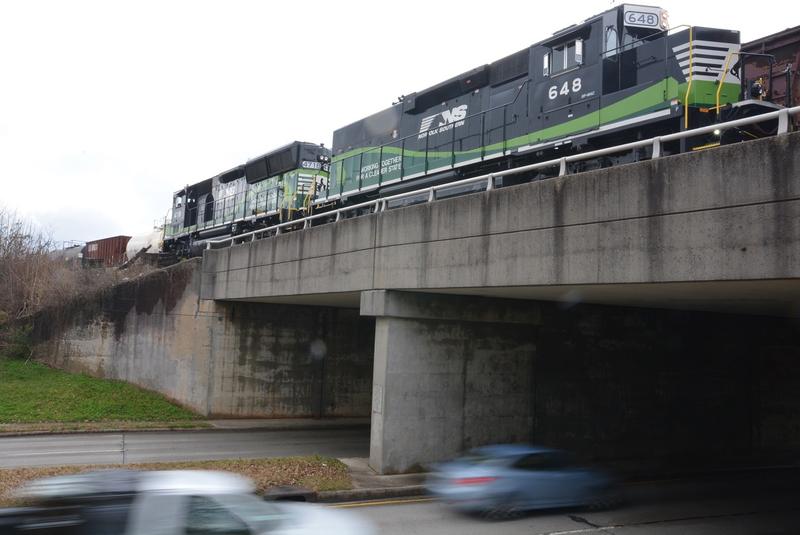 “It’s not a bright line above which there is hazard and below which there’s no risk,” Tolbert said.

Air quality in Atlanta and in most big American cities has gotten better over the past decade, and people are generally breathing less PM 2.5 than they used to. More regulations on power plants and on trucks, and more efficient cars have all contributed to that. The Great Recession helped, too, said McDonald.

“People drive less, maybe manufacturing does less or does things more efficiently, and all that will improve air quality,” he said. “In 2006, we started seeing a downward trend, and this has been across the entire country.”

McDonald said he’d like to see the pollution level at that air monitor come down even more, so that it’s not one of the worst in the state any more.

There’s a project happening nearby that could help accomplish that.

The fire station and its rooftop air monitor are close to two of Atlanta’s biggest rail yards. One is Norfolk Southern’s Inman Yard. 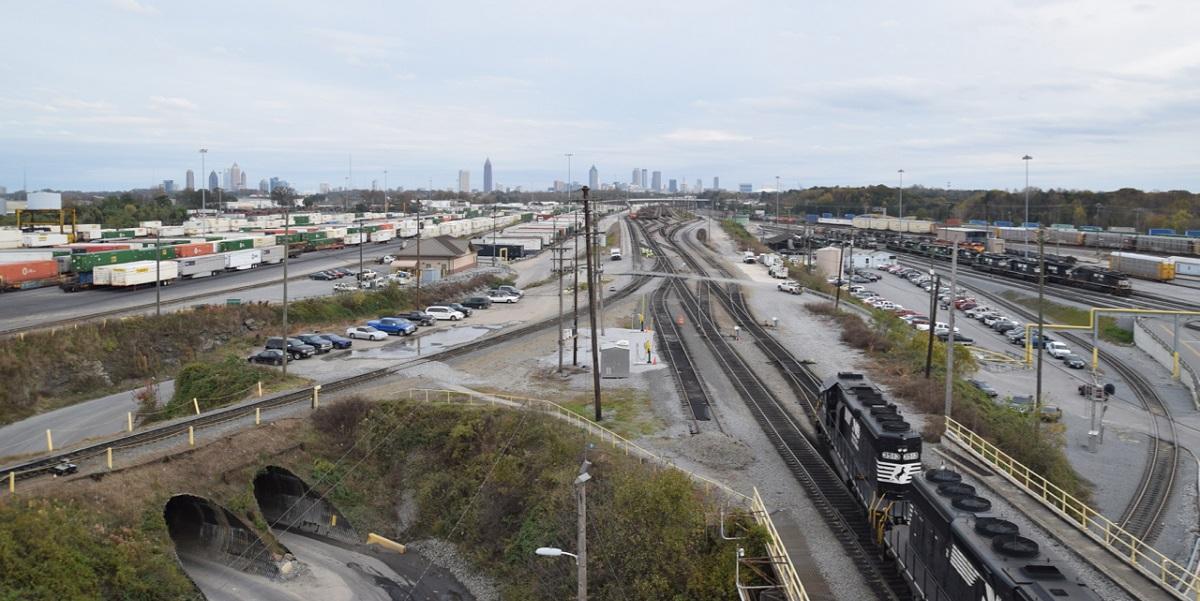 “This is what we call a mother-slug pair,” said Mark Duve, a mechanical engineer at Norfolk Southern, standing in the rail yard near two locomotives attached to each other. The pair of locomotives move pieces of trains around in the yard.

“The lead locomotive has got an engine in it. And it provides power for the second locomotive,” he explained. The “mother” has a diesel engine. The “slug” runs off the mother’s power, too. The one engine may have to work a little harder, but it’s not generating as much air pollution as two diesel engines would. 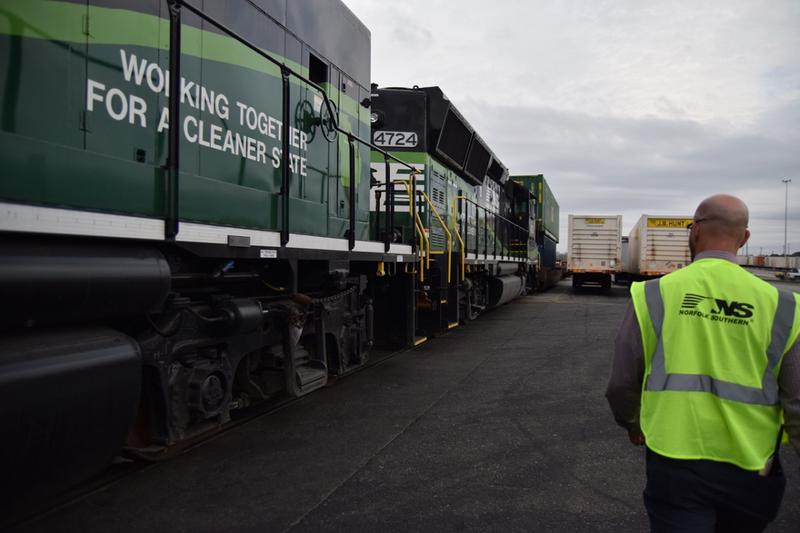 Atlanta is the first place where they’re using these “green” mother-slug pairs, which are actually painted green.

“It’s good for the environment. Good for the people who work, live near the yards,” Duve said.

McDonald, with the EPD, said it’s too soon to tell yet if these locomotives have reduced pollution at the Fire Station Number 8 monitor, but he said they should. The EPD worked with Norfolk Southern to get a federal grant for the project.