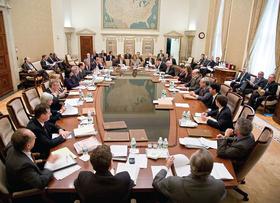 Nationally, unemployment is down and the economy is growing steadily. It all points to the Federal Reserve eventually pushing up its interest rates, which have been at or near zero since the recession.

If that happens, consumers in Georgia and across the country could see higher interest rates for a range of financial products including home and auto loans.

One of the select few to help make the decision is the president of the Federal Reserve Bank of Atlanta, Dennis Lockhart.

Lockhart has led the Atlanta Fed since 2007. In January, he’ll be rotated in as a voting member of the Fed’s Federal Open Markets Committee. It’s a 12-member body in charge of determining how much banks pay to borrow money.

“The idea is that when that interest rate changes that feeds through the entire financial system and influences interest rates that everybody can borrow and lend at,” said William Lastrapes, an economics professor at the Terry College of Business at the University of Georgia.

The committee, which is commonly known as the FOMC, won’t say when it’s raising rates, but has hinted action may be in order next year.  Many analysts expect an increase some time next summer or fall.

“The economy keeps heading in the right direction and that’s why we continue to hear talk about raising target interest rates. If the Fed delays too long it’s going to lead to inflation and distortions down the road so the signs seem to suggest that they have to act,” said Lastrapes. 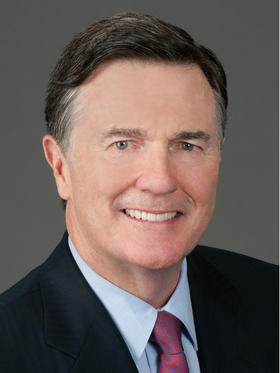 Lockhart is generally seen as a Fed official more inclined to keep rates at or near zero and someone who at this point is not overly worried about preventing higher inflation. But Lastrapes doesn’t expect Lockhart to buck the majority if and when the time comes to raise rates.

“I don’t think Lockhart has distinguished himself as others who are for example are more hawkish about keeping inflation down,” said Lastrapes. “I think he will tend go along with the rest of the members of the FOMC.”

An interesting factor has to do with appointments. Historically, the FOMC is composed of two blocs: Federal Reserve board members who are appointed by the president and regional heads like Lockhart. Currently, two of the seven seats designated for federal appointees are vacant. That means until the President can get those two positions confirmed, Lockhart and other regional leaders have more influence on policy.