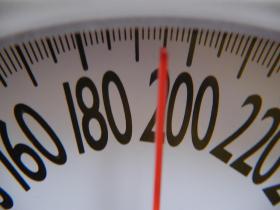 Obesity is now recognized as a disease.

That’s because this week the American Medical Association officially adopted the classification as a policy.

The medical community’s division on whether obesity is a disease is nothing new says Dr. David Satcher.

“We had that debate when we released the Surgeon General’s report on Obesity back in 2001.”

Dr. Satcher is the 16th Surgeon General of the United States and current director of the Satcher Leadership Institute at The Morehouse School of Medicine.

He doesn’t want a national debate over defining obesity to cloud the importance of what the new classification could mean to so many.

“You know what we call things will have a great impact on our ability to treat them, prevent them and control them. And so, I think what the AMA was trying to do is to really put into prospective number one, the serious  consequences of overweight and obesity, but also our ability to intervene with prevention and treatment.”

And the AMA agrees with Dr. Satcher.

In a brief statement, the AMA said recognizing obesity as a disease will require a range of medical interventions to advance obesity treatment and prevention.

That recommendation came from its House of Delegates which consists of councils that help draft the AMA’s official statements on health policies.

But another one of its councils, the Council on Science and Public Health, says it’s premature to classify obesity as a disease, citing the lack of characteristic signs or symptoms due to obesity.

Dr. Patrice Harris is on the AMA board and she’s Director of Health Services for Fulton County’s Department of Health and Human Services.

She sees the new “obesity as a disease” classification as a way to help specific populations.

“Hopefully folks in communities that are over represented in this category will begin to feel more comfortable about talking with their physician about their number [Body Mass Index] and what is their healthy weight goal. And what is their blood pressure and what it should be. And what about diabetes and what do I need to prevent diabetes.”

Both Drs. Satcher and Harris agree that the obesity designation could lead to health insurances paying for new treatments and prevention.

Obesity is a complex subject.  Here are some resources for learning more about obesity and health:

Adult Obesity Facts from the U.S. Centers for Disease Control and Prevention.

“Obesity Is a Disease. Now What?” — an interview on NPR’s Tell Me More with former FDA Commissioner Dr. David Kessler, author of the book The End of Overeating.  This show will be broadcast on WABE 90.1 tonight at 8:00 p.m., or you can listen to it online by clicking on the show title.