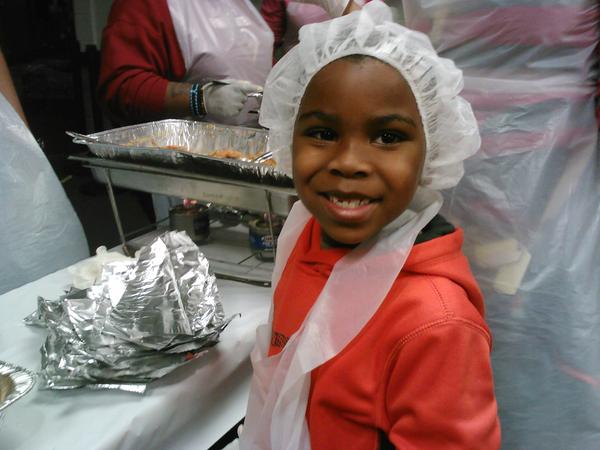 It’s an annual tradition in Atlanta.

Hundreds of volunteers spend all night fixing about 9,000 meals for the homeless and working poor. It’s organized by Hosea Feed The Hungry, which was founded by a local civil rights leader – the late Reverend Hosea Williams. 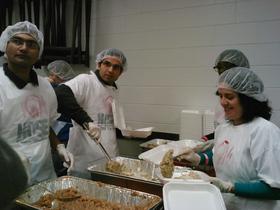 In the cafeteria, volunteers are rushing in large aluminum trays to the serving tables.

More than 5,000 people are expected at the 44th annual Hosea Feed the Hungry and Homeless event at the Georgia World Congress Center. Another 4,000 meals will be hand-delivered to those who are sick or can’t leave their homes.

Seventeen-year-old Fletcher is waiting in line with his dad. And it’s their second year here.

“I love our city including my dad and our whole family,” Fletcher says. “Because this is Thanksgiving and we’re going to eat some turkey, spinach, some cranberry sauce, corn, peas and some green beans.”

Elisabeth Omilami is the daughter of the late Reverend Hosea Williams. She took over the group after he died in 2000. She says more than 1,000 turkeys were cooked for the event. But also …

“We have the Korean-American association that brought kimchi and sushi and Korean chickens,” Omilami says.

According to the United Way of Atlanta, there are 7,500 chronically homeless people in the metro Atlanta area.  Omilami says her group, which works year-round, is filling a need in the city.

“I think the face of homelessness has changed. It’s not the bum or what we used to call a bum. It’s whole families,” Omilami says.

And they’re not just serving food. People can pick up school supplies, get a haircut, talk to a doctor, attend a job fair, get clothes and even take a shower.

Eric Smith is one of the volunteers at the event.

“We get caught up in our day-to-day world and then it brings you back down and humbles you to where you know the things that you work for in your life is to help the other people, you know?” Smith says.