The state’s electric vehicle owners are on the defensive due to a pair of new bills backed by Republicans in the Georgia House.

One of the bills would eliminate a popular $5,000 state tax credit to help purchase electric cars. Another would impose a $200 annual fee on most electric car owners. The fee is part of a broader bill aimed at raising a billion dollars for the state’s ailing network of roads and bridges.

Echols, a Republican, is urging his fellow Republicans in the House to take a more gradual approach – for example, phasing out the tax credit over 10 years. 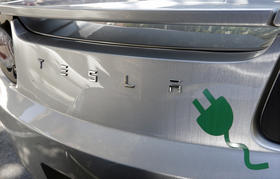 Both bills are backed by top GOP leaders, including the chairs of the transportation and appropriations committees.

Chris Campbell, an electric car advocate and manager of the website ElectrifyAtlanta.com, says the bills neglect all the positives that come from electric car ownership.

“Not only do they help clean up our air and get us off fossil fuel but analyses has shown the tax credits are revenue positive for the state,” said Campbell.

He says lawmakers should go after new money from those that actually do the most damage to the roads. He suggests charging drivers by mileage and vehicle weight.

“Both bills are opening moves to this process. There will be negotiations,” said Campbell. “They’re looking for money to close their budget and maybe they picked on a group that they think is politically weak in this state but I think they’re going to find that they’re wrong.”