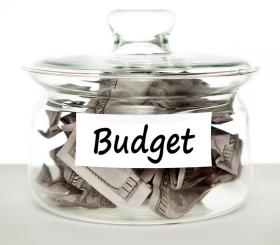 State House lawmakers on both sides of the isle say they support Governor Nathan Deal’s plan to expand the Division of Family and Children Services.

Republican state Rep. Terry England, who chairs the House Appropriations Committee and holds a key position in annual budget negotiations, says DFCS is ripe for a funding boost after years of budget cuts.  As heard on the radio

“Kind of things are starting to turn a little bit toward the better in the economy, that it opens up some avenues to be able to do some things and fix some things that we’ve been looking at for a while,” England said.

A study by the Georgia Budget and Policy Institute published last year says the Department of Human Services, which oversees DFCS, saw a 20 percent cut in state funding between Fiscal Year 2009 and 2013.

Deal announced Wednesday plans to hire more than 500 new caseworkers and supervisors and increase the division’s budget by $27 million over the next three years. That’s after the recent deaths of two children who had a case history with the division – and who had prior complaints screened out over the phone with little to no investigation, though Deal said the plan is not in response to those cases.

Deal will include the first funding stage of the plan – a $7.4 million boost for 175 hires – in his upcoming budget proposal, and said the money will come from new state revenues. England said he trusts Deal’s assessment that the money is there.

“I don’t think he’d make that commitment unless he was fairly certain the money was there,” England said.

Annual tax revenues are up about 5.9 percent compared to the same time last year, according to Deal.

Democratic State Rep. Mary Margaret Oliver, who sits on both the House Appropriations Committee and the House Juvenile Justice Committee, said expanding the division would be money well spent.

“I think it’s a priority, and I think the governor is asserting his leadership to make it a priority,” Oliver said.

Oliver said “sever” budget cuts have meant more cases for fewer DFCS caseworkers, a point she thinks has made the state vulnerable to a lawsuit. She points to the settlement of a 2002 federal class action lawsuit, Kenny A. v. (former Gov. Sonny) Purdue, that, among other things, capped caseloads for Fulton and DeKalb county DFCS employees. Oliver said no such limit exists in the state’s other 157 counties.

“This infusion of money for new case workers I think may help equalize a lower case load standard for the state,” Oliver said.

A spokesman for Deal said caseloads in DeKalb and Fulton average around 10, compared to 17.5 in the rest of the state.

Deal’s office said the new hires should bring the latter number down to 15.