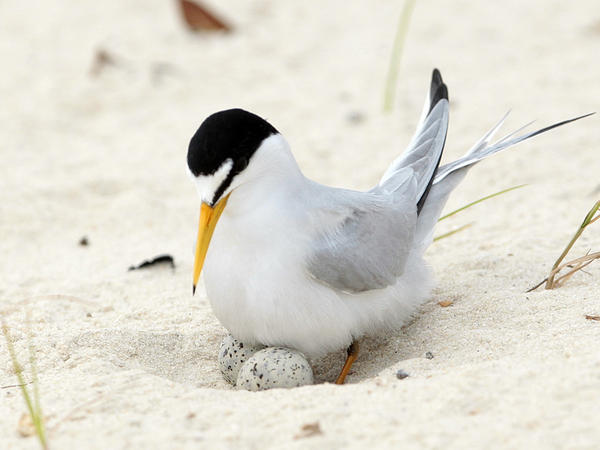 Chemicals from a Superfund site near Brunswick move up and down the Georgia coast by traveling up the food chain. A recent study by University of Georgia scientists suggests the contamination is more widely spread than researchers had thought.

The particular pollution the study looked at is called Aroclor 1268, one of a class of chemicals called PCBs. It comes from the LCP chemical site near Brunswick, which the U.S. Environmental Protection Agency has been cleaning up since the 1990s.

Researchers have found Aroclor in a number of different species around the old chemical plant. But this new study found that it has made its way into animals from Savannah to the Florida border.

“We were surprised we could observe this chemical contaminant at these distances,” said Gary Mills of UGA’s Savannah River Ecology Lab.

He and his colleagues studied least terns, shorebirds that eat fish, which eat smaller animals, which can suck up pollution. Mills said PCBs can have an effect on the birds’ metabolism, reproduction and nervous systems.

Though PCBs in general are widely used, Mills said Aroclor 1268 was only used at the site in Brunswick and another place in Rhode Island, which suggests the chemical found in Georgia’s least terns came from the LCP site.

The Georgia Department of Natural Resources has restrictions on how much fish people eat out of the river near the Superfund site.

“On one level it’s not surprising that terns foraging near there are picking up Aroclor and mercury,” said Tim Keyes, a biologist with the Georgia DNR. “It was surprising the extent to which it was up and down the coast.”

The chemical contamination is just one more challenge the birds face, said Keyes, since they also have to contend with human impacts and predators.

And since the chemicals are more mobile than researchers had expected, it also has implications for protected land on Georgia’s coast.

“What we think of as pristine areas actually then become somewhat contaminated,” Mills said.

“We’re kind of left with this legacy,” said Mills. “There’s probably no good solution that I’m aware of in terms of trying to remove the remaining contaminants.”

The study was published in the journal, “Environmental Science: Processes and Impacts.”