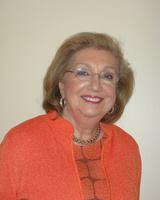 Among the grand jury’s recommendations:  the abolition of DeKalb’s unique CEO form of government.  DeKalb adopted the CEO structure in 1986.

For a look at why that happened in the first place, WABE’s Denis O’Hayer spoke with Liane Levetan.  She was a county commissioner under the previous system, then served as the county’s second CEO, then moved to the State Senate.