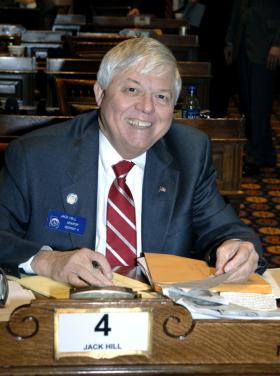 The “fiscal cliff” negotiations in Washington, D.C. have received a great deal of attention.  There’s been a lot less talk about how Georgia will be affected if the talks fail, and automatic Federal tax hikes and spending cuts kick in.  One of those who has been watching this closely is the chairman of the State Senate Appropriations Committee, Republican Jack Hill of Reidsville.  He spoke with WABE’s Denis O’Hayer.