Following deadly violence linked to a white nationalist rally in Charlottesville, Virginia, hundreds of protesters took to the streets in Atlanta this weekend.

On Sunday night, a handful of masked protesters defaced a statue with links to the Confederacy in Piedmont Park.

Anti-racist demonstrators marched on both Saturday and Sunday in solidarity with protesters and victims in Virginia. On Sunday night, Susana Duran was one of several hundred who marched from downtown Atlanta to Piedmont Park. 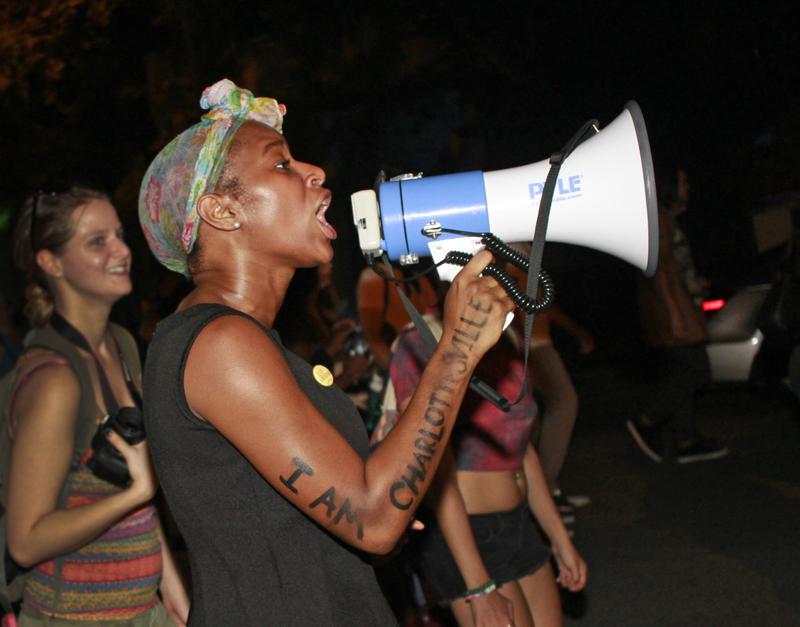 “There’s a lot of us here who are appalled at this behavior in Charlottesville, but for people of color, especially the black people of this country, this is nothing new,” Duran said.

Many in the crowd expressed frustration with President Donald Trump’s public response to the weekend’s violence, including Natalie Jackson. 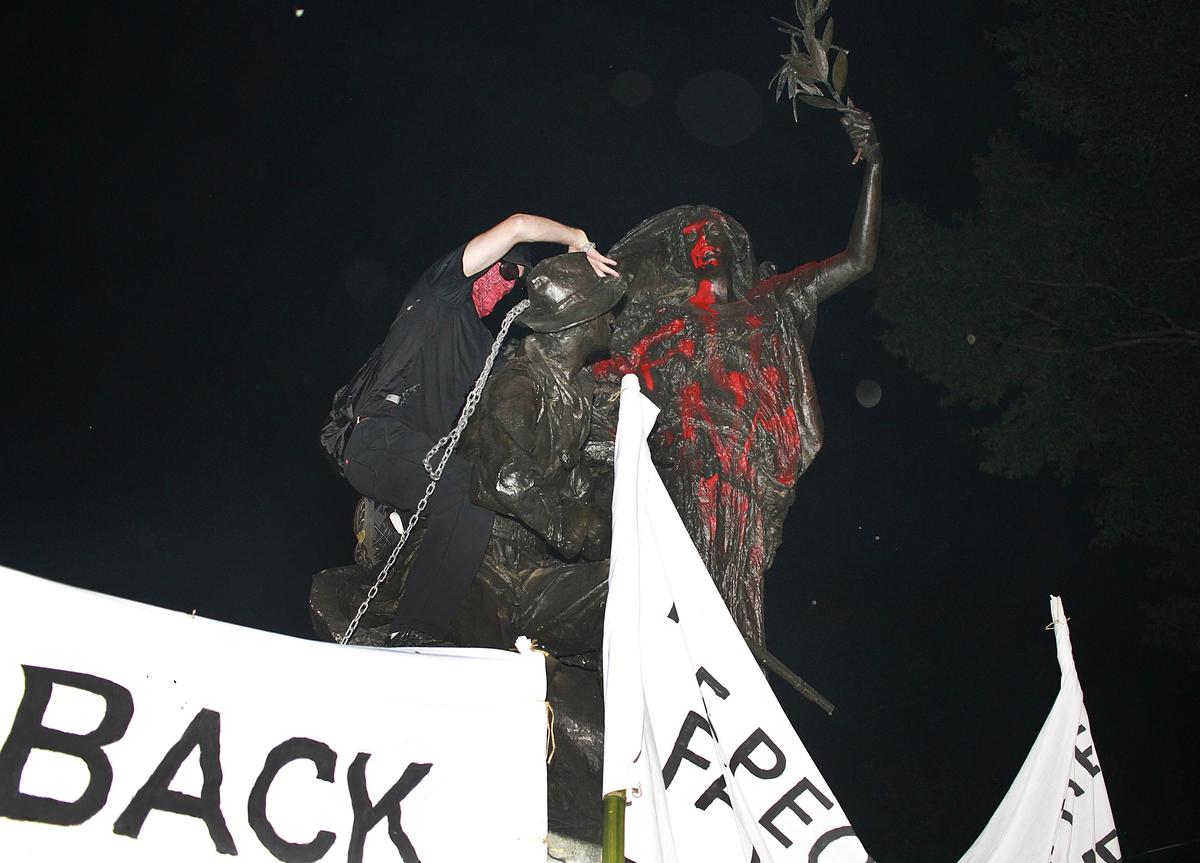 With events in Charlottesville swirling around the fate of a statue memorializing Confederate Gen. Robert E. Lee, some local protesters renewed criticism of Confederate symbols in Georgia, including Stone Mountain. 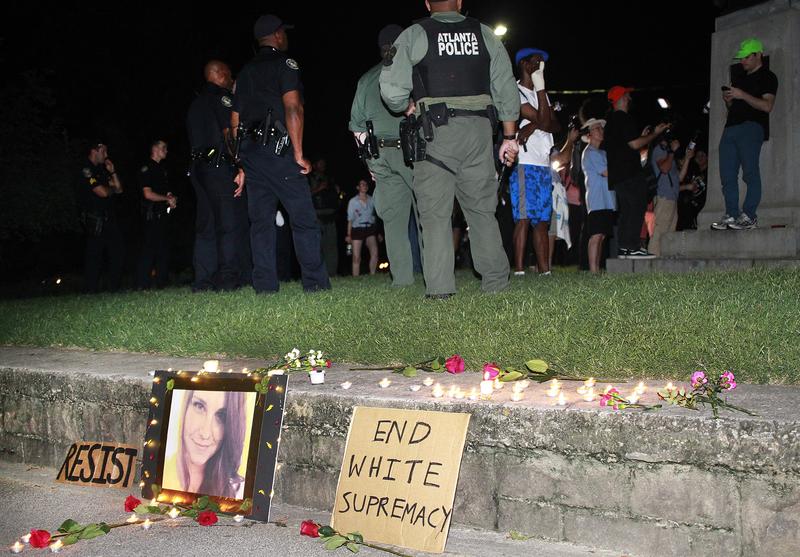 On Sunday, some protesters targeted the Gate City Guard statue, also known as the Peace Monument, near the 14th Street entrance to Piedmont Park. In addition to spray painting the statue, which depicts a soldier laying down his weapon at the feet of an angel, two protesters wrapped a metal chain around an olive branch held by the angel and broke it off.

At least one protester complained they’d been injured by the piece that had broken off.