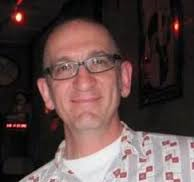 One of the charges against Lewis, criminal attempt to commit murder, is seldom used in Georgia courts. WABE legal analyst Page Pate says prosecutors rarely levy that charge because it is so hard to prove. “You can’t reach inside the defendant’s mind to determine what he was thinking at the time,” says Pate, “so you look to what he did.”

Lewis is accused of running Germani down with his SUV following a verbal dispute in the Piedmont Hills neighborhood in June. Germani suffered a traumatic head injury in the incident.

Prosecutors are not talking about what evidence they have, but Pate says, in this case, they are likely using the attempted murder charge strategically. “A defendant charged may be more willing to negotiate a plea bargain,” says Pate. “Or perhaps if the case goes to trial, even if the jury’s not willing to convict the person of attempting to kill, then they may be able to compromise on a lesser offense.”

One of the other charges Lewis faces is aggravated assault. It carries the same penalty as attempted murder: up to 30 years in prison.

The other charges listed in the indictment are aggravated battery, serious injury by vehicle, hit and run, criminal damage to property, tampering with evidence, reckless driving, failure to report an accident, and two charges related to Lewis’s driver’s license and the registration of his SUV.

There is no word yet on a trial date for Lewis.