Their team motto is Rise Up. 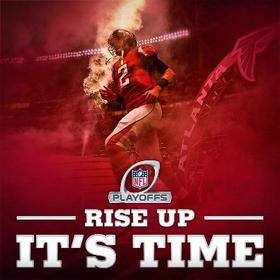 So, this Sunday at the Georgia Dome, will the Atlanta Falcons soar to victory against the Seattle Seahawks?

This time of year everybody’s an NFL expert including Nathan Deal, “play hard and be focused,” said the Georgia governor.

Even those paid for their opinions don’t always agree.

For example, Mark Kriegel and Eric Davis of the NFL Network recently had a spirited debate about which quarterback had the momentum coming into Sunday’s game.

What has been constantly talked about is that under head Coach Mike Smith and with Matt Ryan as quarterback, the Falcons have never won a playoff game and until they do, says Stephen Black, it’ll keep coming up. 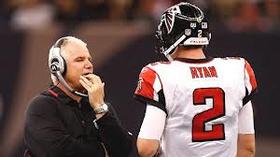 “People are always going to judge you by what happens in the playoffs especially if you’re a quarterback and that’s something that’s going to haunt both Smith and Ryan until they finally get over the hump and win at least of playoff games.”

The multi-media organization covers high school and professional sports in the state.

But ultimately he says executing on the field is the player’s job.

Black believes the first quarter of Sunday’s game will tell a lot.

“The Falcons with their recent playoffs struggles, if they don’t start fast then I’m afraid that tightness and lack of confidence might come in. Whereas with Seattle if they get off to a fast start, I mean they’ve been on tear lately, they’ve scored more than forty points a game the last three games of the regular season.”

“He’s just a big physical presence out there; he’s tough to bring down. If he gets going then late in the game, might be tough for the Falcons to stop him.”

And speaking of the Seahawks quarterback Russell Wilson…he’s the second cousin of Atlanta Mayor Kasim Reed, who would not give WABE a prediction for game.

But, Stephen Black isn’t afraid to give his prediction.

He believes the Falcons will rise up by winning 27 to 17.