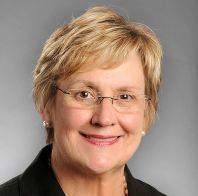 Georgia hospitals want the state to reconsider its opposition to expanding Medicaid under the Affordable Care Act. They warn rural hospitals in particular are in danger of closing. By one estimate, as many as 15 hospitals are at risk.

A prominent state lawmaker, however, remains firmly against expansion and says some closings are indeed justified.

“There are some of those rural hospitals that need to close,” said Rep. Sharon Cooper, R-Marietta, chair of the House Health and Human Services Committee.

Cooper adamantly opposes the health reform law and its optional expansion of Medicaid. She says some Georgia communities are simply too small for a hospital.

Gov. Nathan Deal has said the state can’t afford expansion, despite the federal government covering the vast majority of its cost. Last week, he reiterated his opposition, but said he’s open to offering short-term cash infusions to struggling hospitals.

Meanwhile, the state’s major hospital lobbying groups argue expansion is critical for the health system’s long-term stability. They note a designated stream of federal funding for low-income patients is being phased-out as part of the health reform law. They say expansion funds are needed to offset the loss.

Cooper, however, dismissed that.

“You create large voids of access where the drive times through rural communities will be in excess of an hour’s drive and that time frame…those people who happen to have dire health issues – heart attacks, strokes, and catastrophic injuries – they’ll just die,” said Lewis.

He stressed the significant economic impact of rural hospitals in terms of jobs and local tax revenue.

“You destroy the tax digest. And economic vibrancy just completely goes away. So if it’s our choice to make Georgia a third world nation, filled with economically deprived areas, one of the ways to do it is to say we should have rural hospitals close,” said Lewis.

“It would require a change in state law, but maybe what we need is freestanding ERs sort of like a ‘doc in the box’ that would serve the community for emergencies, then patients could be transferred to a bigger place,” said Cooper.

“Often small hospitals are an employer in the area and you certainly feel sorry if one of them closes for the people that work there….having an emergency room where you can take somebody if they’re having an allergic reaction to peanuts could save a life and that’s certainly important…but on the other hand, if you’re a small hospital, to do anything major, you have to be transferred to a regional hospital and you get better outcomes where people, if you have some kind of heart surgery, something like that, put a stent in, you’re better off in an area where they do a hundred stents a week then somewhere where there might be two or three.”

“CEO’s in larger hospitals say ‘we get a lot of patients from rural hospitals that we really prefer would stay in those local hospitals because that’s where that care is best delivered. We don’t need them in our hospital. They take up beds we need,’” said Lewis. “There’s a completely different mission for rural hospitals…Rural hospitals are providing local acute care to the local community. It’s not about trying to put a heart surgery center in a small rural community.”

Rep. Debbie Buckner, D-Junction City, represents a district in central Georgia with its own struggling hospital, Warm Springs Medical Center. She condemned Cooper’s remarks, noting they reflect the opinion of a lawmaker from metro Atlanta, where health access issues aren’t nearly as challenging.

“I mean it’s really nice to say that when you live in a large county like Cobb County because what that effectively says is, ‘we write you off,’” said Buckner.

Rep. Pat Gardner, D-Atlanta, has been a vocal supporter of expansion. She called Cooper’s remarks “unfortunate,” and says struggling hospitals must not be abandoned.

“We need to look at everything we can to protect the viable hospitals that certainly are economic drivers in those communities and provide an essential service,” said Gardner.