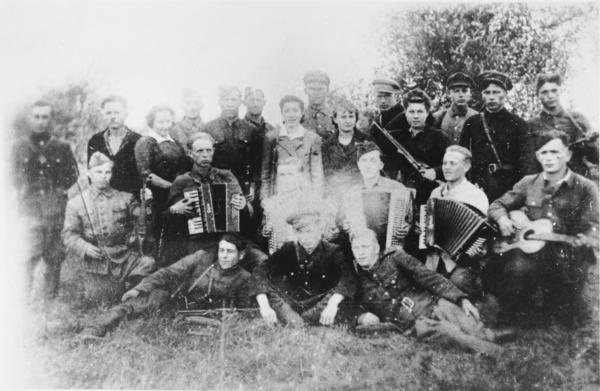 An interview between Lois Reitzes and composer Laurence Sherr.

Through novels, film, paintings and photographs, artists give voice to the shared experiences of millions who were touched by the Holocaust.

Laurence Sherr, composer-in-residence and professor of music at Kennesaw State University, is one of those. He tells Holocaust stories gleaned not only through research but also through his family history. His medium is music.

Much of his work focuses on Holocaust remembrance, and he has written several memorial compositions and hosted lectures, concerts and presentations that focus on the music and the Holocaust.

His latest piece, “Sonata for Cello and Piano — Mir zaynen do!,” will be performed this evening at 8 at The Temple. It draws from Jewish songs, from the ghettos and concentration camps, and also from those who resisted German occupation.

It is part of a larger concert, ”Music of Resistance and Survival: A Holocaust Remembrance Concert,” which will feature Sherr’s sonata, songs that influenced the sonata and compositions by repressed, suppressed Jewish composers. It is the closing event of the Atlanta Jewish Music Festival.