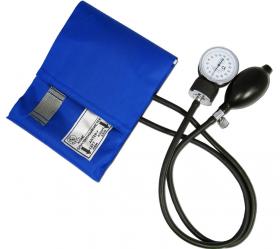 New guidelines for hypertension management could lead to fewer taking blood pressure medication.  The guidelines were published this week in the Journal of the American Medical Association and are already generating controversy.

Before these guidelines, having blood pressure above 140/90 was considered high. But those writing the guidelines say if you’re 60 or older that number can be at least 150/90 before drugs are needed.

“It disturbs me a great deal, and I would never follow it. I couldn’t find any evidence they had where that was actually any more beneficial or was going to help in any way other than the guidelines that had previously been put out.”

“If I were a patient over 60 and had no reason not to follow the old guidelines I would prefer to do that because it would decrease my risk, but if I had concurrent kidney disease, or some other condition which made it very difficult to control the pressure, I think this says it’s okay to settle for 150/90.”

“Overall I believe the approach to being more aggressive with blood pressure control over the past decade has had an impact on reducing the risk of stroke, and I believe these guidelines could be a step in the right direction.”

Those creating the guidelines say they did not find evidence for additional health benefits in achieving a blood pressure level of 140 instead of 150 in those over 60.

Those writing the guidelines were part of a panel convened by the National Heart, Lung, and Blood Institute. The Institute endorsed previous guidelines, but in June said it would no longer issue them.