Today, the third man involved in a 2010 crime spree that left one dead was sentenced to 2-hundred and 50 years in prison without parole.

Authorities say the crimes committed in a month by then 18-year old Robert Veal and two others, known as the ‘Jack Boys’ gang, are the most notorious in Atlanta history.

A local Atlanta man knows all too well the path many gang members are on and he says without intervention many will end up like members of the ‘Jack Boys’ gang.{description}

Arthur Powell knew he was going to prison for a long time.

“May I ask what the charges were?”

“Armed robbery, kidnapping and aggravated assault on a police officer. I was engaged in a shootout with the Roswell Police department.”

While waiting to be convicted, Powell says thoughts of his young son turning to the street life forced him to make a decision.

“I was sitting back in a cell thinking about the fact my son was three and half years old and I never knew when I would be able to embrace again or be involved in his life as father as a free man.”

Arthur Powell would serve 11 and half years at the Wheeler Correctional facility in Alamo, GA.

Now he works to prevent teens from making the choices he once made. 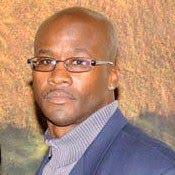 Reflecting on the three young men of the ‘Jack Boys’ gang, Powell believes they are prime examples of why more resources are needed.

“We can’t wait til they commit a crime and start trying to look at solutions then. We need to put programs in place now that once we start seeing indicators or see  the signs from  young people are making bad decision and choices and the possibility that they become the future armed robber or murderer.”

But he adds many of the youth on track to become involved with gangs and criminal activity don’t have a realistic mindset.

Now an author and life skills coach that focuses on bullying and gang prevention, he’s on a mission to helping young people.

Wise was sentenced to 14 consecutive life sentences, plus an additional 290 years, all total that’s 740 years.

“It’s sad that he had to lose his life as well as the young man that he killed lost his life.  Only difference is he’ll [Wise] be here living and doing a life sentence being incarcerated the rest of his life. He’ll die in that environment.”