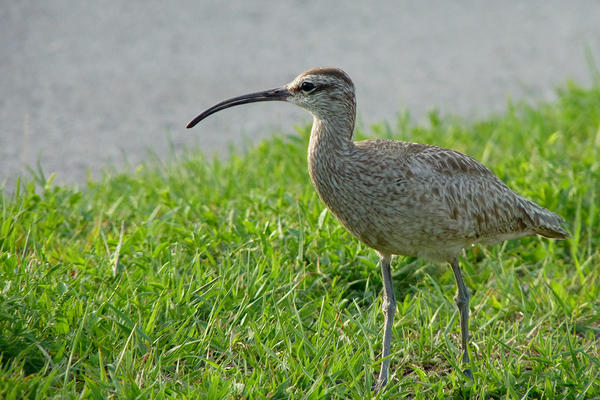 A shorebird that Georgia scientists have been tracking for three years recently returned to St. Simons Island, Georgia, from Brazil.

The bird, named Postel by researchers, after Postel Creek on St. Simons, is a whimbrel. By tracking his migration, scientists are learning more about migration patterns and threats to whimbrels.

Researchers from the Georgia Department of Natural Resources and other organizations put a tracking device on Postel in 2012. Now they know, he has a predictable – and very long – itinerary.

In April, he’s in St. Simons eating fiddler crabs. In May, he flies 2,000 miles nonstop to Hudson Bay in northern Canada. That’s where some whimbrels nest over the summer. Come August, Postel flies south again, to McClellanville, South Carolina, for a layover, then 3,400 miles to a mangrove forest in Brazil. Then, in the spring, Postel and his species start it all over again.

“They are crossing many international boundaries throughout the year and subjecting themselves to a number of different threats, both human and natural, over the course of that cycle,” said Tim Keyes, a wildlife biologist with the Georgia DNR.

Keyes said he’s tracked whimbrels into and then back out of hurricanes.

“You definitely feel a strong connection to them,” he said.

“When those birds were shot,” Keyes said. “The French Consulate received letters from school kids from 12 different countries which had been tracking those birds, encouraging them to crack down on whimbrel hunting.”

Keyes said some hunting has been limited since then.

Scientists have also learned more about whimbrel behavior in Georgia. Keyes said at dusk, hundreds of them gather on St. Simons then fly off to a sand bar as it gets dark.