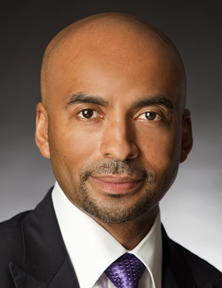 MARTA CEO Keith Parker said the bills will help the transit agency improve and attributed their passage to a stronger relationship between MARTA and state lawmakers.

Instead, MARTA was given greater flexibility to bid out work to private companies and a spending mandate was lifted for three years. The spending rule, commonly referred to as the 50/50 split, requires MARTA use half it funds on operations and the other half on infrastructure.

Parker applauded the changes, but says he’ll continue advocating for the permanent removal of the 50/50 mandate.

“There are going to be lean years where we may want to do some things and have all the flexibility available to us to adjust to whatever the business climate requires and having a mandate like this can sometimes get in the way,” said Parker.

A more controversial change deals with the collective bargaining process.

Currently, if MARTA management and its workers can’t reach a labor agreement, the process eventually calls for a neutral arbitrator to settle the differences. But under the new legislation, labor disputes would be ultimately resolved by a judge statutorily required to consider MARTA’s long-term budget plan.

MARTA’s union blasted the move, saying it puts workers at a disadvantage in ongoing contract negotiations. But Parker disagrees.

“The piece in there that the judge should take into account…effectively the financial situation that MARTA’s in…that makes sense,” said Parker. “I imagine any judge or any arbitrator would make sure that the agency could financially afford anything that it’s trying to advocate in terms of overall compensation, benefits, and so forth.”

Additionally under the legislation, some power to appoint MARTA’s board would be shifted from the Fulton and DeKalb County Commissions to a group of mayors in those counties. Parker says it’s unclear what effect that will have, but pledged to work productively with whomever is on the board.

Meanwhile, state lawmakers also passed a bill that would allow Clayton County to hold a referendum on raising its sales tax to join MARTA. In an opinion piece for the Atlanta Journal-Constitution, Parker said the prospect of a Clayton referendum is welcome news to transit supporters.

“Since the 2010 demise of Clayton’s C-Tran bus service, public calls for new transit service have been mounting,” wrote Parker. “I personally receive constant comments about the need for Clayton to join MARTA.”

Both bills must still be approved by the governor.