If you have trouble hearing announcements by MARTA train conductors, you’re not alone.

The new signs, which will double the number it currently has, will be larger than the current signs. And instead of a black backdrop, the signs will look like TV screens with ads, stock information, news and other updates. 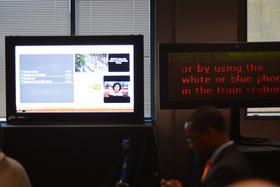 MARTA’s general manager Keith Parker said the need for the upgrade became apparent in 2014 when thousands of new riders used MARTA during the snow storm.

“Our audio system was not performing well and then the signage just said, ‘Next Train’s Coming’,” Parker said.

“With this type of system, we’ll be able to give them a whole lot more, not if, but when that type of event happens again,” Parker said.

Installation is scheduled to start next summer and conclude in two years.

Parker also announced that riders will soon be able to use their smartphones as Breeze cards and all buses will have WiFi by the end of this year.

And on the security front – Parker said MARTA plans to expand its pilot program to have all MARTA police officers wear body cameras within six months.

MARTA said nearly all of its trains now have security cameras installed. 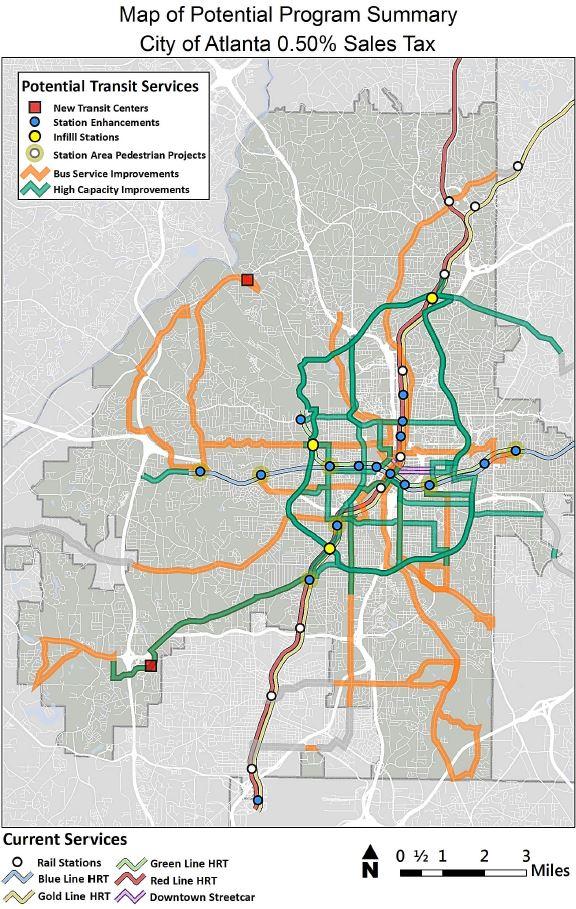 At the press conference Wednesday, MARTA Board Chairman Robbie Ashe urged voters in Atlanta to vote “yes” on a referendum to increase the sales tax in the city by half a penny in November.

The tax could generate up to $2.5 billion over the next 40 years.

“What voters are voting on right now is the project list,” Ashe said. “They have a guarantee that that’s the universe of projects from which will be building. That’s how their money is going to get used.”

Ashe said MARTA’s priority will be expanding bus service by adding more buses and light rail projects throughout the city, as well as adding rail on the BeltLine.

“We do bus rapid transit now and if ridership and the Westside continues to develop as it really has over the last decade or so, possibly that gets upgraded at some point in the future,” Ashe said.