They’re on a mission to make Atlanta a “business gateway” for Cuba.

Mayor Reed has said Atlanta doesn’t have the baggage that Florida does with its history and large Cuban-American community, which mostly opposes normalizing relations with Cuba.

“Perhaps that does make it easier to become a gateway city, I suppose,” Amanda Mattingly, the Latin America expert for international risk consulting and intelligence firm the Arkin Group, says. “But this is not happening tomorrow. You’re not going to see Coca-Cola or Home Depot or Chick-fil-A suddenly investing in Cuba.”

She says there’s local interest in Cuba, but businesses will face a lot of roadblocks. 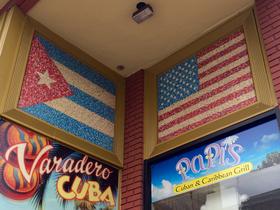 “There’s a lot of bureaucratic processes that makes it much more difficult on both sides,” she says. “I think that there needs to be changes to make it worth it.”

Mattingly visited Cuba in April with the World Affairs Council of Atlanta. This was her third visit to Cuba. The last time she travelled there was in 2000.

“The big difference for me, is just the Cuban people themselves, they just have so much hope.”

She says the potential lifting of the half-century old U.S. trade embargo has changed the mood in the country and it’s making Cubans hopeful about the future.