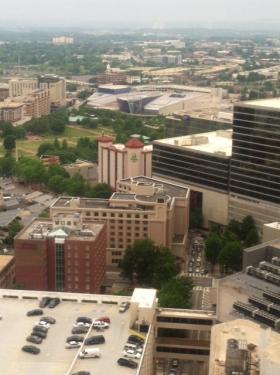 Metro Atlanta is getting bigger.

“As they work and make money and spend that money, it benefits everyone.  So, really population growth is at the heart of this economic identity for us that as people move and take jobs, it benefits the economy at large,” says Mike Alexander, with the ARC.An audio version of this story.

Metro Atlanta’s population is nearly 4.3 million, that means the region has more people than 24 individual states.

According to the researchers, this rise in population comes largely from a natural increase, more babies being born than people dying.

“Things are getting better.  But we’re still not at the places we were in the earlier previous decade, and especially in the 1990’s,” says Alexander.

Gwinnett had the second most additions, followed by Cobb and DeKalb counties respectively.

The Atlanta Regional Commission has provided additional details about their population estimates in a number of formats:

3.  Or, if you prefer a PDF version of the slide show, click here.