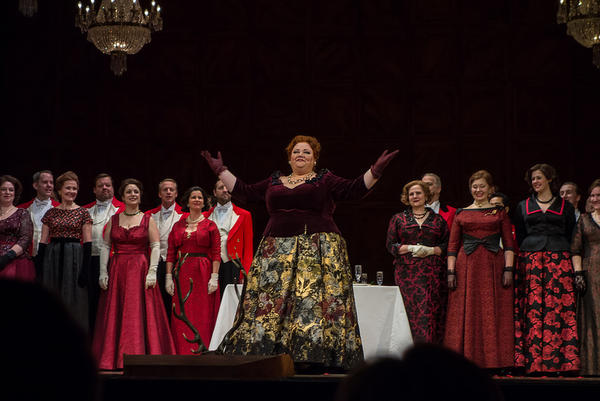 There’s the clichéd image of the opera singer breaking a wine glass, but for mezzo-soprano Stephanie Blythe, it would be a more appropriate image to have her vocal abilities busting through walls. She has a powerhouse voice.

As a touring performer, Blythe performs at opera houses around the world. Just last month in Seattle she sang a rare opera by Handel (a production by Atlanta Opera’s Tomer Zvulun). She also sings often at the Metropolitan Opera in New York.

Away from the opera house, Stephanie has developed side projects that focus on building community through song, including an acclaimed show on the legendary American singer Kate Smith.

Currently, she is touring a recital with pianist Warren Jones. She will bring her recital to Atlanta at Spivey Hall this Saturday, featuring works from Poulenc to Britten. To fully engage the audience, Jones and Blythe will precede the French language songs with recitations of the lyrics in English.