Atlanta and Augusta were among the 76 cities raided in the operation.

The effort to stop child sex trafficking has attracted a growing numbers of advocates and WABE’s Rose Scott reports there’s now a movement to get corporations more involved.

It’s a question I’ve been asking a lot since reporting on the sexual exploitation of children.

I asked Molly Hackett what she or her colleagues knew about the issue prior to getting involved. 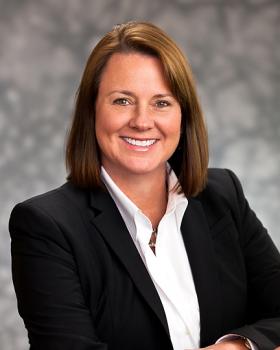 “We did not; when we started this we did not have any concept.”

The St. Louis based corporation helps its clients coordinate conferences and meetings anywhere in the world.

“Many of us have children and really delving into the statistics of this, I would say it kind of rocked the fabric of who we are. We were like, really.”

So now Nix has taken up the issue of combating sex trafficking and is planning a corporate conference on the issue.

“But the next step really was to bring in corporations and say to corporations you are not in the travel and tourism industry but you support that and there’s a lot that you can do with your business travelers to educate them on signs to look for. You have people that travel for the majority of their work that work with you and they are probably seeing things. ”

Since they are new to addressing sex trafficking, Hackett says they’re reaching out to law enforcement, special task forces and the National Center for Missing & Exploited Children.

The conference will also provide resources for hotels managers to set policies and train employees on ways to spot victims of trafficking.

The conference is not scheduled until 2014, but Hackett hopes to include not only Georgia corporations and advocates, but those from every state.