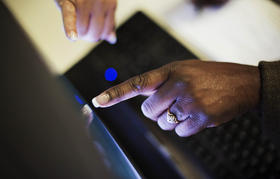 Department of Health and Human Services officials said in a statement Wednesday that 425,927 Georgia consumers have either selected a plan or were re-enrolled in one as of Jan. 16.

Officials say the number is up from 398,781 Georgia consumers, which was reported last week before the deadline for coverage beginning on Feb. 1.

Officials say overall, nearly 7.2 million Americans have either chosen a plan or were re-enrolled in one.

The deadline for open enrollment in the federally run marketplace is Feb. 15.