Georgia’s seasonally adjusted unemployment rate was for November was 7.2 percent, according to state’s Labor Department. 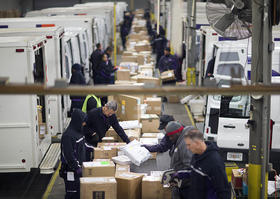 “In addition to strong job growth that has made Georgia a leading state in job creation for several months, we saw our total number of initial claims for unemployment insurance in November fall to the lowest point in more than 14 years,” said Labor Commissioner Mark Butler.

The report shows more than 23,000 jobs were added in November.

Trade, transportation and warehousing added 16,000 jobs, largely due to holiday hiring.An audio version of this story.

Other fields seeing a boost in positions included leisure and hospitality and local government.

However, despite these gains, Georgia’s unemployment rate is still noticeably higher than the national average, which is 5.8 percent.