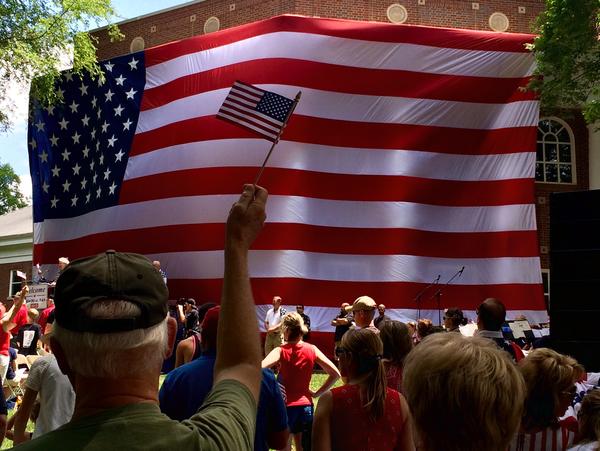 As hundreds gathered Monday at Roswell City Hall to pay tribute to veterans during the annual Memorial Day ceremony, one mother seized the day to spread a message about returning veterans and suicide.

Carrying a cardboard cut-out of him, Peggy Portwine says Brian Portwine didn’t share his post-traumatic stress disorder when he returned and would laugh it off when his short term memory failed him.

“He was humiliated,” she says. “It’s like they think that it’s a deficit, that it’s something wrong with them, when really the situation is war.”

Peggy Portwine says her son tried to make an appointment with the VA but was told he’d have to wait six months. She says loved ones of those who’ve recently returned from war need to monitor them for signs of distress, especially between Memorial Day and Veterans Day.

“Because Memorial Day is very hard,” she says. “They have such survival guilt if they’ve lost their brothers. It’s just a very, very hard time for them.”

Peggy Portwine also wants veterans to not be afraid to ask for help.