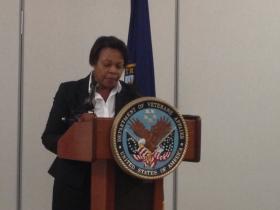 The new director of the Atlanta VA Medical Center  says changes are being made after federal audits showed poor patient care.

Leslie Wiggins was appointed to head the center in May after the audits linked three patient deaths in the past two years to mismanagement. A fourth death was later reported.

Wiggins says the hospital has since made many improvements.

“Although the Atlanta VA has faced some recent challenges, I want every veteran to know that we’re committed to serving them with a level of excellence they have already earned and certainly deserve,” Wiggins says.

However, Wiggins declined to give any details on staff disciplinary measures and says things are still under investigation.

U.S. Senator Johnny Isakson has called for a field hearing in August to ensure the Center is following through on making improvements.