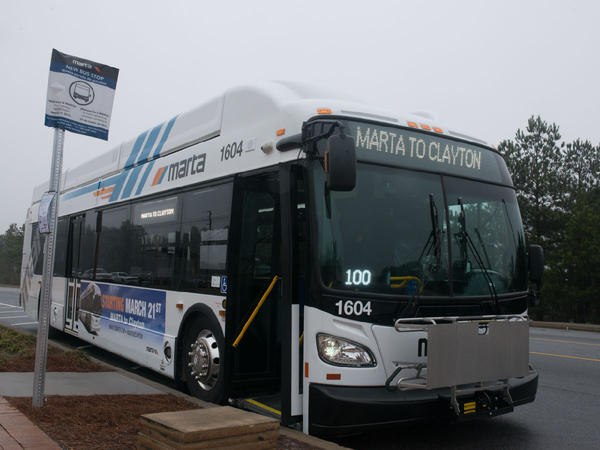 Clayton County Commission Chairman Jeffrey Turner tells Rose Scott and Denis O'Hayer about the new MARTA expansion and what it means for the county on ''A Closer Look.''

The county voted to join the MARTA system last November after losing its previous bus service in 2010.

That loss, according to Turner, had a “dramatic impact.”

When the C-Tran service was discontinued, people in Clayton County who relied on the service, lost their jobs, Turner said during an interview with Rose Scott and Denis O’Hayer on WABE’s “A Closer Look.”

Now supporters of the new MARTA service expansion point to the service as “an opportunity to bring hope and opportunity back to Clayton County,” Turner said.

Turner discussed his plan on “A Closer Look” for maximizing MARTA’s benefit, expanding the transit system in Clayton County, and the potential for economic development as a result of an improving mass transportation system in the county.