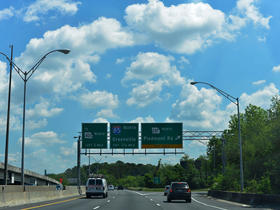 This week WABE aired remarks from Atlanta Mayor Kasim Reed that more recent data is needed to give detailed numbers about sex trafficking in Atlanta.

Reed also said the crime has significantly moved out to the rural areas.

If you type in sex trafficking and Atlanta into any online search engine, countless links to articles, presentation papers and news documentaries will surface.

Even as late as December 2012, one headline read Atlanta is number 1 hub for child sex trafficking.

As for an accurate number to detail how many children are victims, Cheryl Deluca-Johnson says that type of research should be unending.

“Every time is the time. This is something where you do one bit of research and one bit of data and use those numbers ongoing.”

Deluca-Johnson is the CEO and president of Street Grace, a faith based organization that works to end domestic sex trafficking of minors.

While she agrees with Mayor Reed about new data being important Deluca-Johnson says there’s still a major Atlanta connection to the sexual exploitation of children.

“A good portion of this does happen in Atlanta and metro Atlanta areas. Anywhere there is poverty, vulnerable children and buyers this will happen and that covers just about everywhere.”

And Atlanta has a specific business industry that Deluca-Johnson says is linked to sex trafficking.

According to the Governor’s Office for Children and Families each month two to five hundred girls are commercially sexually exploited throughout Georgia.

The research indicates the average age of entry into trafficking is between 12 and 14 years old.

The agency takes data from the national Report on Domestic Minor Trafficking: America’s Prostituted Children…as well as information from the Atlanta based research and marketing and firm called the Schapiro Group.

Jennifer Swain says whether in rural Georgia or Atlanta, another focus of research is the demand side of trafficking.

“Our research from the Georgia Demand study showed that 72-hundred men seek to purchase sex with adolescent girls each month here in Georgia. And 42% percent of that gave their location as north of the perimeter. Now does that mean that they don’t engage in that activity in the city, no.”

“This problem is still so new that it’s hard to quantify where it happens and how it happens. But the point is the absolute one thing that we all work for is that it shouldn’t happen to one child anywhere.”

Jennifer Swain and Cheryl Deluca-Johnson both agree that it will continue to take a collective approach to address child sex trafficking.