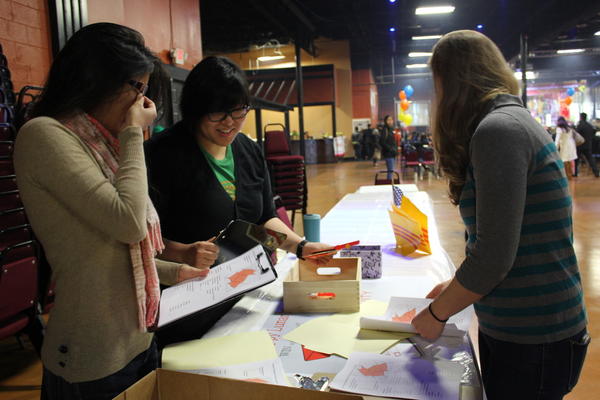 The city of Norcross is partnering with Georgia Tech to study the city’s growing immigrant population.

More than 40 percent of people in Norcross were born in another country. According to the 2013 American Community Survey, Latinos and Asians make up about 60 percent of the population.

Mayor Bucky Johnson said there’s a gap between the city and its immigrant population and is hoping this study will allow the city to learn about serving its diverse residents.

“This is an opportunity for us to really hear from that population, or populations,” Johnson said. “Sometimes folks are reluctant to talk to elected officials or police.”

So the city had Georgia Tech step in. City planning students have been surveying immigrants in four different languages – Hindi, Vietnamese, Spanish and English.

“By 2040, all of the United States is going to look much like Gwinnett County in terms of the demographics,” Johnson said. “If we can figure out how to get along, coexist, and help each other, that might be a good model for other places that are going through transition periods.”

Anna Kim, a professor of city planning at Georgia Tech, said the study is not just for the city of Norcross but can be helpful in giving a snapshot of the Atlanta region.

“Right now, we’re looking at Norcross because it’s the perfect example of what might now be a typical Georgia town,” Kim said.

About one in 10 people in Georgia are foreign-born, and that number has been growing, according to recent census data.

“Figuring out how do we adjust infrastructure to accommodate a community that’s looks very different than it used to look,” Kim said.

The results of the study are expected in April. Mayor Johnson said the city will use the findings for city planning.