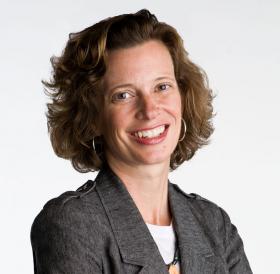 Nonprofit CEO Michelle Nunn is outpacing her competition in the Democratic primary for the state’s open U.S. Senate seat, with more than $1 million more on hand than her three opponents.

Some state political analysts say that financial edge is playing a big role in how the former Points of Light chief is running her campaign.

With the primary election just about a month away, Republican candidates in the Senate race are busy courting party voters.As heard on the radio

Attorney Art Gardner and network engineer Derrick Grayson are also still in the mix, though neither has run TV ads.

While the seven GOP candidates are duking it out in a crowded primary, Democratic front-runner Michelle Nunn is running her own ad, which includes a picture of her with former Republican President George H.W. Bush.

“She’s jumped one step ahead, as if she’s got the nomination,” said Steven Anthony, a political science lecturer at Georgia State University.

But Anthony said either way, Nunn’s move to associate herself with Bush is a good one.

“She’s jumping to the next stage, which is to appeal to independent voters and even some Republican voters,” Anthony said, adding Nunn has financially separated herself from her competition.

According to campaign contribution reports, Nunn has about $2.4 million dollars on hand.

Her closest opponent is Dr. Branko Radulovaki with $86,000. The other candidates – former state senator Steen Miles and educator Todd Robinson – have less than $1,000.

Insider Advantage CEO Matt Towery said Nunn’s financial lead among Democrats could give her an advantage should she make it to the general election.

“She does have the luxury of being able to spend her money without having to be attacked specifically by an opponent,” Towery said.

But Anthony of Georgia State said Nunn’s potentially easy primary could hurt her should she move forward to the general election.

“On the Republican side, while they’ll beat each other up, spend all their money, the one that emerges from there will have a real tight game plan and have a good idea of how their campaign structure should function,” Anthony said.

Georgia’s primary election is May 20.