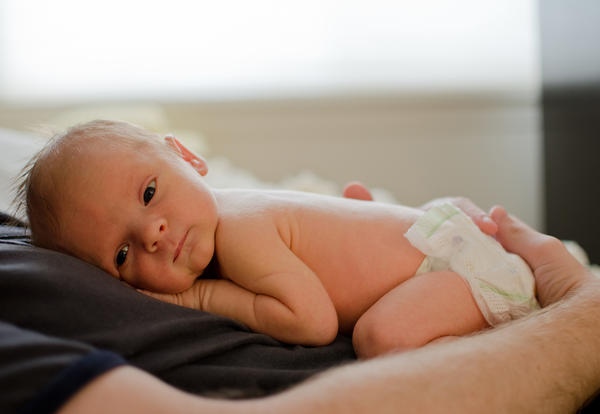 More and more U.S. companies are modernizing their parental leave policies to include new fathers.

Levs argued the companies’ leave policy discriminated against biological fathers because the companies offered only two weeks of paid leave to new dads, but 10 weeks to new mothers and adoptive parents of either sex.

Levs said back in May, during an interview on “Closer Look,” a lot of progress had been made in the more than two years since he filed the complaint. CNN and Turner changed their policy at the beginning of this year, offering six weeks of paid leave to all parents, including biological fathers, with additional time for mothers who have medical needs.

Levs believed it was his colleagues’ support, even more than his complaint, which helped influence CNN and Turner.

“Ultimately, I hope that someday people will look back on this and think it’s really ridiculous that the policy ever even existed in the first place and, fortunately, as a result of people speaking out, including my fellow employees, they made a much better policy later on,” he explained.

Levs wrote a book about the experience, called “All In.”  His attorney Peter Romer-Friedman said as part of the settlement, CNN and Turner agreed to give additional paid parental leave to other biological fathers who requested it before 2015, when the new policy went into effect.

Meantime, Netflix recently unveiled a new parental leave policy that offers unlimited time off to some new mothers and fathers.

Ernst & Young Global Diversity and Inclusiveness officer Karyn Twaronite said, during an interview on “Closer Look,” that the global accounting and business services firm is constantly reviewing its policies and compensation packages to remain competitive.

“We’re very comfortable that we offer the right amount of time for our people with their families,” Twaronite said.

Twaronite also noted that half the Ernst & Young employees in the U.S. that use the company’s parental leave policy every year are men.

But the U.S. workforce still has a long way to go. The Society for Human Resources Management, or SHRM, issued a recent report that finds only 12 percent of U.S. companies provided paid maternity and paternity leave.

Most businesses, however, don’t provide maternity or paternity leave at all.