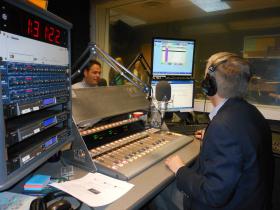 In October, 2013, Paulding County officials announced they had reached a deal with New York-based Propeller Investments to start commercial service at the county’s airport.  It was Propeller’s second attempted venture in the metro Atlanta area.  In June, 2012, Gwinnett County commissioners killed a plan for commercial service at Briscoe Field.  But the Paulding County plan is very different, according to Brett Smith, managing director of Propeller Investments, in part 1 of his conversation with WABE’s Denis O’Hayer.