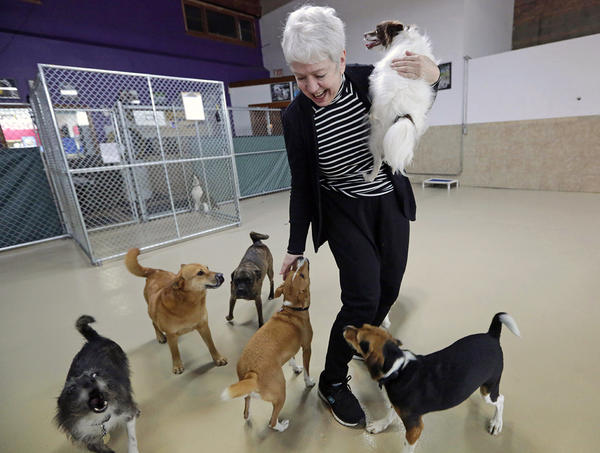 The same strain of dog flu that caused a Midwest outbreak appears to be spreading in metro Atlanta.

Several area veterinarians have confirmed cases of canine influenza. It’s also been seen at day care and boarding facilities. Jennifer Hunt with WAG-A-LOT in Decatur said her location hasn’t had any cases yet but is taking precautions.

“In addition to doing what we have been doing, which is saying if your dog has any of these symptoms please don’t bring your dogs into the building, we’re now asking people if you’ve taken your dog to the dog park recently, if you’ve taken (your dog to) boarding day care or any other facility, we ask that you do not bring them here,” Hunt said.

She said WAG-A-LOT’s downtown Atlanta facility is closed until Saturday for thorough cleaning after having at least one confirmed case of dog flu. She also said there are other suspected cases, but they could also be kennel cough, which has many of the same symptoms.

“We all checked with different sources in Atlanta and determined that it was a real threat, so for the safety of the animals we decided to shut down immediately.”

Peachtree Hills Animal Hospital owner Dr. Duffy Jones said so far it hasn’t seen any canine influenza cases. But he said he’s heard of other boarding facilities and trainers who have. He said the virus could be around for the rest of the summer.

“Anytime we have high boarding times, so anytime around holidays we’re probably going to see peaks at that point, and then it will kind of go down a little bit more than anything else,” Jones said.

Jones said dogs usually don’t die from this strain of the flu unless they have compromised immune systems.

If your dog is coughing, sneezing, feels lethargic or has a fever, he recommends you take the pet to a veterinarian immediately.

Jones said the problem with canine influenza is that dogs who have it may not exhibit symptoms for several days and can spread the contagious disease without an owner’s knowledge.